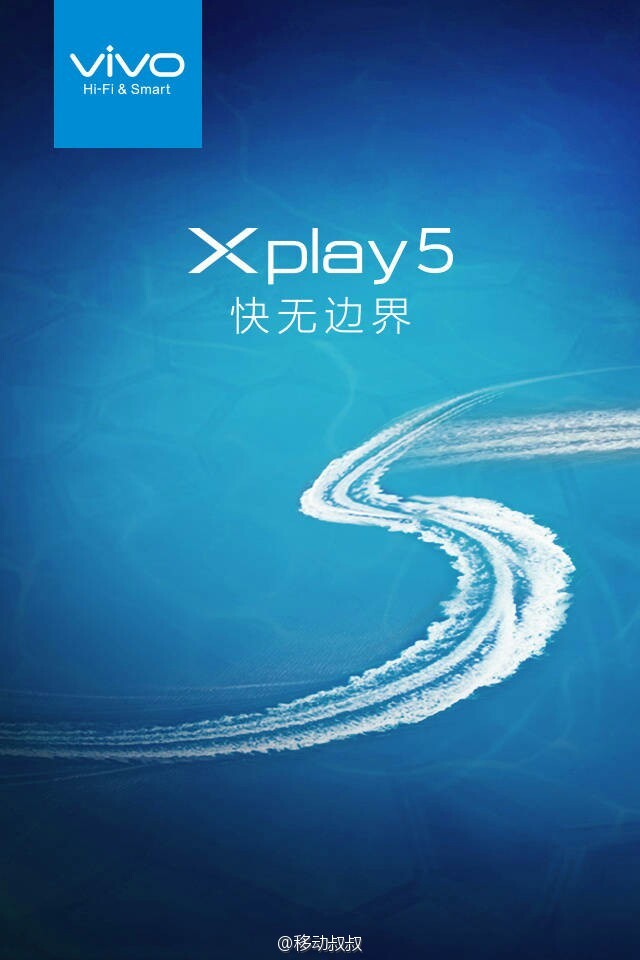 Vivo has now teased the rumored Vivo XPlay 5 smartphone on their weibo account and confirmed that the company will launch the Vivo XPlay 5 on march 1st after the MWC 2016. ThE Vivo XPlay 5 will be the successor to the Vivo Xplay 3S that was launched around 2 years ago. So, its been a long time when Vivo last launched the XPlay series phone. A number of teaser has been posted by the company on their weibo account hinting towards a borderless design or a curved display.

The Vivo Xplay 5 has already made its appearance on the AnTuTu benchmark database confirming most of its specifications. It comes with a 5.5-inches 2k display with 1440×2560 pixels resolution. It is powered by the latest Qualcomm Snapdragon 820 SoC along with Adreno 530 GPU. It comes with 4GB of RAM and 64GB of inbuilt storage capacity. The device runs on Android 6.0 Marshmallow out of the box. It features a 16-megapixel rear camera and an 8-megapixel front facing camera. The official teasers has also confirmed the name to be ‘Xplay 5’ instead of the ‘XPlay 5S’.

Vivo is also working on the new flagships in the Vivo X series that will be called as Vivo X6S and Vivo X6S Plus and both the device have cleared the TENAA hurdle in China. Vivo X6s Plus has already made its appearance in the AnTuTu database. The Vivo X6S was listed with 5.2-inch OLED display with 1920 × 1080 pixel resolution, 1.8GHz octa-core processor that will be the Snapdragon 652 Soc we saw in the AnTuTu listing for Vivo X6S Plus as well, 4GB of RAM with Android 5.1.1 Lollipop out of the box.

Other specs includes an 8-megapixel or 16-megapixel rear camera with an 8-megapixel front facing camera. It has 64GB of inbuilt storage and no expandable storage capacity. Connectivity options includes Bluetooth, USB, GPS, 2G, 3G, 4G LTE with FM Radio support. It measures 147.9 × 73.75 × 6.56 mm and weights 140.5 grams. It is listed in Golden color options .

The Vivo X6S Plus have same specs like the Vivo X6S but with a larger 5.7-inch OLED display and measures 158.16 × 79.94 × 7.7 mm with weight 190 gms. The Vivo Xplay 3S was launched over 2 years ago with a 2K display, a 13 mega-pixel rear camera, 3GB RAM and Snapdragon processor along with a fingerprint scanner. So we have to wait now for the official event to check weather the company will launch the Vivo X flagships along with the XPlay 5 or not.