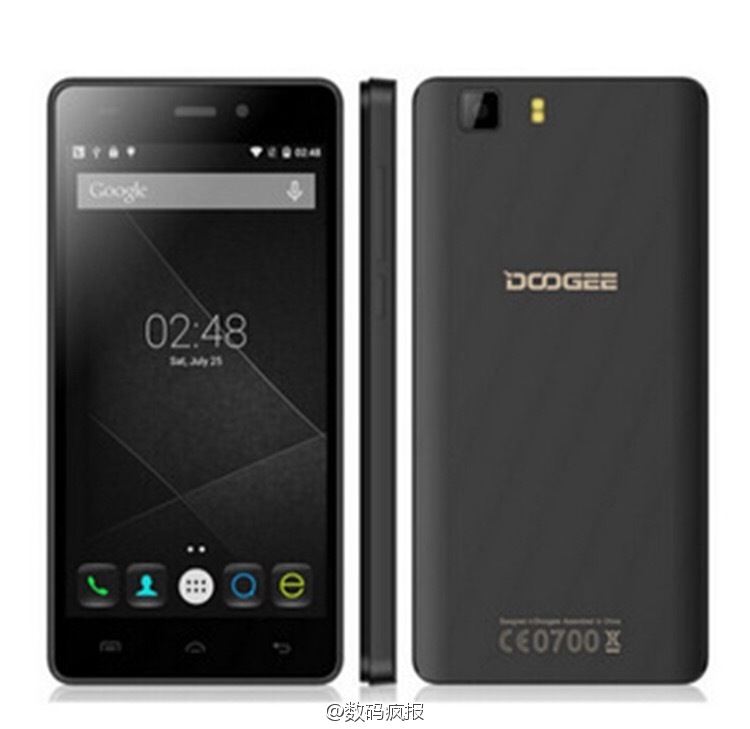 The Chinese smartphone manufacturers have provided cheapest phones with top-end specifications in last few years this includes Vivo, Xiaomi, OnePlus, Oppo and Doogee. The specifications of these affordable devices looks similar to other costly brands and most of the people are now ignoring the old popular smartphone brands and accepting these new ones. Doogee is one of the brand that have sold affordable devices with top-end specs. The company is now rumored to be working on a new device called as Doogee F7 and will again a cheap phone with just $169.99 price tag.

An image of the device has just got leaked along with some specifications and availability details. The Doogee F7 will be the successor to the Doogee F5 smartphone and is rumored to have a 5.7-inch 2K display and will be powered by the Helio X20 10 core processor paired with 3GB of RAM. It will have 16GB of inbuilt storage capacity that will be expandable via MicroSD card slot. It will feature a 21-megapixel rear Samsung sensor camera and a 5 megapixel front facing camera. The leaked image shows a dual LED flash on the rear side of the phone as well.

Doogee F7 is rumored to comes with a 4000mAh battery and will run on the Android 6.0 Marshmallow operating system out of the box. It will be priced at $169.99 and will be shipped in the second quarter of the year 2016. The device will also support Dual SIM. Nothing of the above details have been officially confirmed by the company, so take it as a pinch of salt.

The MWC 2016 event is getting closer and most of the smartphone brands have already announced their MWC plans. We can also hope that Doogee will also announce the Doogee F7 in the MWC. Are you a Doogee fan and are you looking for the launch for the Doogee F7? Do share with us via comments.