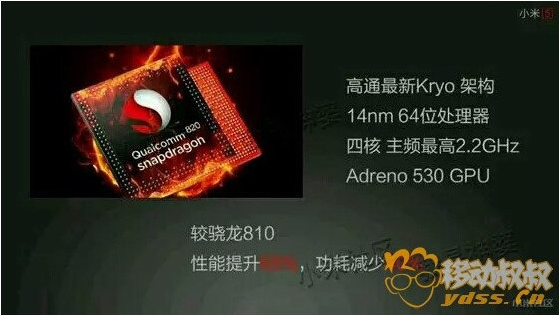 Xiaomi is going to launch its next MI series flagship device Xiaomi MI 5 in its 24th February event at MWC 2016. There were rumors that Xiaomi will launch MI 5 and MI 5 Plus smartphones in this event, but we don’t have any confirmed info if Xiaomi will launch the MI 5 Plus in the official event or not. The Xiaomi MI5 got leaked a number of times online sometimes in a video, in leaked renders, GFXBench listing, Chinese gearbest listing and in many more other ways. We provided you every possible leak from the MI5.

Now a new leak has arrived and this one is straight from the official MI 5 launch event PPT file. A user on a Chinese forum has posted the images from the official leaked PPT of MI 5 confirming the specifications and some images of the device. The leaked PPT confirms that the MI 5 will have a 5.2-inch Full HD 1080p display and will be powered by a 2.2 GHz quad-core Snapdragon 820 processor along with Adreno 530 GPU. The MI 5 will have two variants, one with 3GB RAM and 32GB inbuilt storage and the second one with 4GB RAM and 64GB inbuilt storage.

The MI 5 leaked PPT images also confirms Type-C USB slot and USB 3.0 with Quick charge 3.0 feature that can charge 80% battery in 34 minutes. The rear camera will be a 26-megapixel camera with PDAF, f1.6 aperture and a Dual LED flash. The device also comes with NFC, WiFi 802.11ad, USB 3.0, GPS and other connectivity options as well. Other details like battery, front facing camera and other features are not available currently in the leaked images.

Xiaomi MI 5 is rumored to have a 3,600mAh non-removable battery and it will have 4G LTE, Bluetooth 4.0, GPS, WIFI 802.11a/b/g/n/ac, A-GPS, GLONASS, BDS, OTG, NFC etc connectivity options as well. The GFXbench and Geekbench details are completely identical to each other. MI 5 is also rumored to have a fingerprint scanner available in the physical home button of the phone.

Xiaomi is also rumored to launch the bigger brother of the MI 5 to be called as Xiaomi MI 5 Plus that is expected to launch with 5.7-inch 2K display and will be powered by the same quad-core Snapdragon 820 SoC with 4 GB RAM. It will have 32 GB eMMC inbuilt storage and will feature the same 16 MP rear and 8 MP front facing cameras. Other specs are expected to be same as the MI 5. It is expected to be priced at around 2500 Yuan.

So, let’s wait for the official event to check out the surprises from the Chinese OEM.