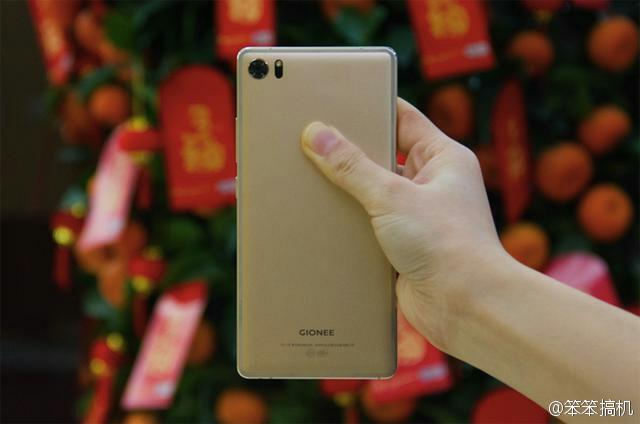 Gionee is all set to launch the latest ‘Elife S’ series smartphone Gionee Elife S8 in the MWC 2016 on February 22 in Barcelona which will be the successor to the last year’s Gionee Elife S7. The device has already made its appearance on GFXBench revealing the specifications of the device and comes with model name GN9011. The rumors has also indicated that the Elife S8 will come with a pressure-sensitive display that was available first in the iPhone 6S from Apple and in the Huawei Mate S smartphone.

The GFXBench listing has previously revealed that the Gionee Elife S8 will have a 4.6-inch display with 1920 x 1080 pixel resolution and will be powered by an octa core 1.9GHz MediaTek MT6755 (Cortex A53 – ARMv8) processor along with ARM Mali-T860 GPU. It will have 4GB of RAM and 64GB of inbuilt storage capacity. Elife S8 runs on the Android 6.0 Marshmallow OS out of the box and features a 16-megapixel rear camera with LED Flash, face detection and auto focus. There is an 8-megapixel front facing camera available 4k video recording feature. The device comes with connectivity options like Bluetooth, GPS, WiFi and single SIM support.

The leaked images also confirms the gold color options for the device. For more details about this device we have to wait for the official event taking place on February 22 in Barcelona. Gionee may launch other devices as well in this event. Let’s wait for the event to checkout more.