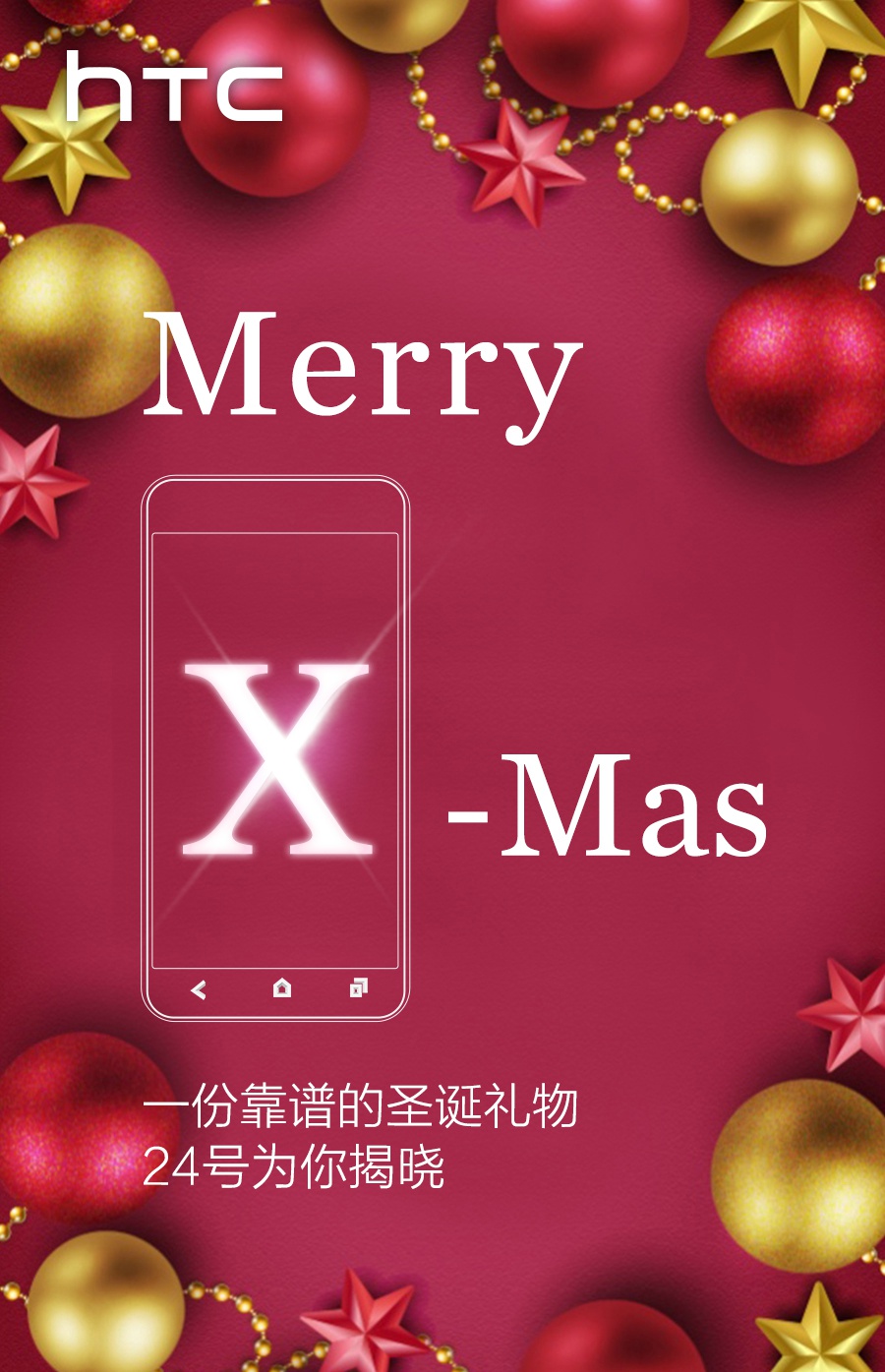 HTC one X9 is currently the major discussion around the net and HTC is already teasing the HTC One X9 on its weibo account. HTC has posted a new teaser on its weibo account which indicates that HTC is going to give a Christmas gift to its customers tomorrow that means on 24th December by launching a new smartphone. The previous teasers by HTC doesn’t comes with launch date timing for One X9 but the current new teaser from HTC says it all about the launch of the HTC One X9.

The new teaser comes with a Christmas theme with a smartphone having a large “X” inside making the word “Merry X-Mas” in full with 24 December date below that. The large “X” inside a smartphone confirms that HTC will launch the next smartphone One X9 tomorrow on 24th December. The price of the device is also expected to be between $400–$450 if we believe the latest rumors coming straight from Chinese media.

HTC One X9 is already approved by TENAA last month confirming the specs and of the device and revealing the images of the handset. A set of leaked renders of the phone were also posted by a weibo user few days back. The One X9 will feature a full metal body and will have a 5.5-inches IPS display with 1920 × 1080 pixel resolution. It will be powered by a 2.2 GHz octa-core processor which may be the Qualcomm Snapdragon 820 chipset with 2 GB of RAM and 16 GB of inbuilt storage with up to 1TB expandable storage slot. It runs on android 5.0.2 OS out of the box.

TENAA listing further reveals that the handset will feature a 13-megapixel rear camera and a 5-megapixel front facing camera. It will be available in silver gray color and comes with connectivity options such as Bluetooth, USB, GPS, GSM, TD-SCDMA, TD-LTE, 4G LTE FDD, WCDMA etc with a 3000mAh battery. It weights 174 g and measures 153.2×75.9×7.99 mm.

So let’s wait for tomorrow if HTC launches the One X9 or not. Stay tuned.