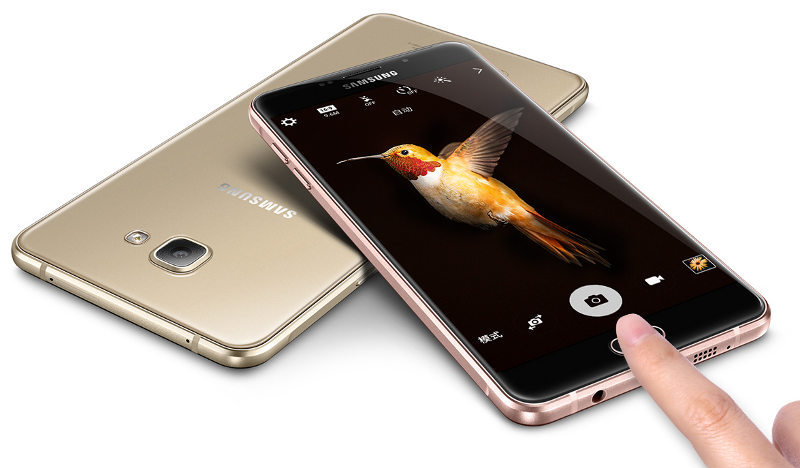 Samsung Galaxy A9, that was approved by Chinese TENAA yesterday, is now officially launched in China with all rumored specifications. The phone is officially listed on Samsung China website with full details. However, no availability and pricing details are listed on the official website. The Galaxy A9 is the top end smartphone from Samsung that is launched in the ‘Galaxy A’ series of Samsung at an event in China. The Galaxy A9 was stared in number of leaks and rumors until now but now its been official.

The Galaxy A9 features a 13-megapixel rear camera with OIS, S5K3L2 sensor, f/1.9 aperture and LED flash. it also comes with a front facing camera of 8-megapixel with f/1.9 aperture. It supports Dual-SIM and comes with a fingerprint sensor available at home button. It comes with a large 4000mAh battery with fast charging feature. Connectivity options available are 4G LTE, Wi-Fi a/b/g/n, Bluetooth v 4.1, ANT+ and NFC.

The Samsung Galaxy A9 will be available in White, Gold and Pink color variants. It also comes with Samsung Pay support. We can expect that Samsung will upgrade Galaxy A9 with Android 6 Marshmallow soon as its already official. The availability and pricing details are still not known.

Any one looking to buy one Galaxy A9 when launched outside China? Do share with us. Stay tuned for more updates on Galaxy A9.