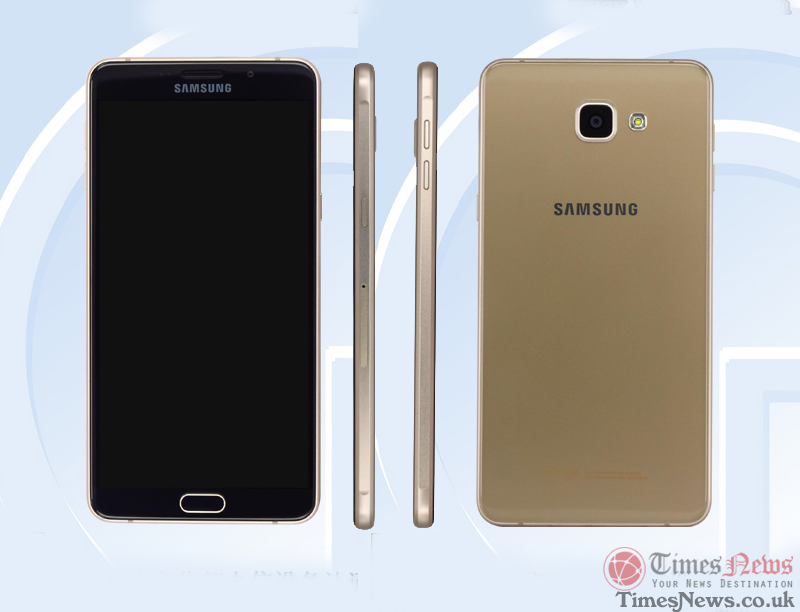 Samsung’s flagship device in the ‘Galaxy A series’ called the Samsung Galaxy A9 is in the rumors from a long time and has recently got the approval from US FCC but the FCC documents hasn’t listed any specifications of the handset. The device images and specs were also leaked when a weibo user posted some of the leaked official images from the handset. The device screen size was already confirmed from Zauba listing that takes care of the Indian Import/export data.

Now, Samsung Galaxy A9 has been approved by the Chinese certification site TENAA that reveals the specifications and the images of the handset confirming the rumored specs. According to the TENAA listing of Galaxy A9, it comes with a 6-inch AMOLED Full HD display and is powered by a 1.8GHz octa core processor which we already know will be the leaked Snapdragon 620 Soc that comes with 4x Cortex-A72 and 4x Cortex-A53 cores alongside Adreno 510 GPU. The TENAA listing further confirms that the handset will have 3GB of RAM and 32GB of inbuilt storage capacity with up to 128GB expandable storage slot.

It runs on Android 5.1.1 Lollipop OS out of the box. It features an 8-megapixel or a 13-megapixelrer camera with an 8-megapixel front facing camera. As per rumors, it will have a large 4,000 mAh battery that is not listed in the TENAA listing of the handset. It will have 4G LTE Cat.7 connectivity support along with other connectivity options like Bluetooth, Wifi, USB etc. The handset measures 161.7 × 80.9 × 7.4mm and weights 200g only. It will be available in Gold, white, etc. color variants. A fingerprint scanner is also expected on the home button which has been already introduced in the 2016 variants of the Galaxy A series smartphones recently.

The Samsung A series includes handsets like Galaxy A3, Galaxy A5, Galaxy A7 and Galaxy A8 that are already launched with upgraded hardware and display sizes few days back. Now Galaxy A9 will join the Galaxy A series lineup of Samsung. The Galaxy J series also was updated with 2016 variants with upgraded features. All the 2016 variants in the Galaxy A series are already up for sale in China and we can expect the global roll-out of these devices in the upcoming days as well.

As the Galaxy A9 has been certified by FCC and now by TENAA, we can expect the next month unveiling of the device at CES 2016. Let’s wait for the CES 2016 event of Samsung. We will update you with all the news here. Stay tuned.