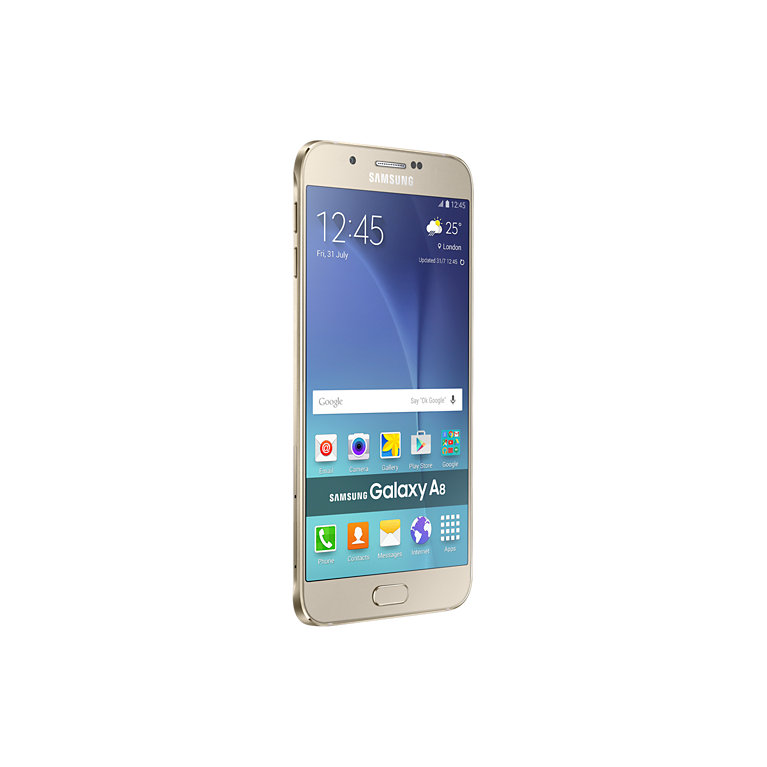 The Samsung Galaxy A8 2016 with SCV32 model name was also approved by FCC few days back. It comes with the screenshot from the phone’s system confirming the same 3050 mAh battery but there were no other details listed in the FCC documents about the 2nd generation Galaxy A8. And now we have the full details of the device with updated hardware.

The old Galaxy A8 was launched in August with octa-core Samsung Exynos 5430 SoC without the fingerprint scanner support but the new Galaxy A8 comes with more powerful processor and the fingerprint sensor on home button. The second generation Galaxy A8 comes with same 5.7-inch full-HD Super AMOLED display with 1920×1080 pixels resolution. It is powered by the Samsung’s powerful new 64-bit Octa core Exynos 5433 Processor with Mali-T760 GPU.

The new Galaxy A8 comes with metal frame design and is just 6.0mm thick and has 158×76.8×6.0mm dimensions. It will be available in white, gold and black color variants. It will be available for sale starting mid-December in Japan. The pricing details are still unknown at the moment. Stay tuned for more updates.