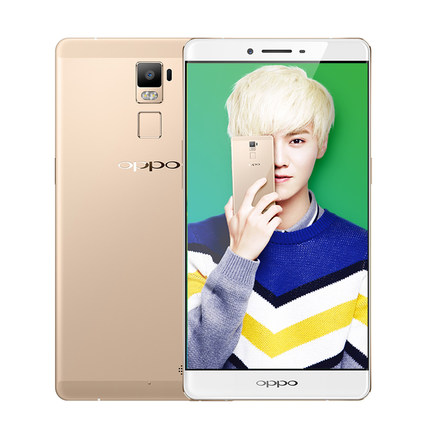 The Oppo R7s plus comes with a large 6-inch display with 1920×1080 pixel resolution. It is powered by an octa-core 1.5GHz Snapdragon 615 processor and the Adreno 405 GPU. It has 4GB of RAM and 64 GB inbuilt storage. It features a 13-megapixel Dual camera. It has a non-removable large 4100mAh battery with VOOC Rapid Charge support and it runs on Android 5.1 OS based Color OS 2.1 out-of the box. Connectivity options includes 4G LTE, 3G, Wi-Fi, Bluetooth 4.0 and GPS.

Both the phones comes with full metal body and golden color option. Both have a fingerprint scanner located near the rear camera. The pre-orders have been started for both the smartphones on the Chinese e-retailer Tmall. So, are you looking to buy one for you or your friend? Share with us via comments.