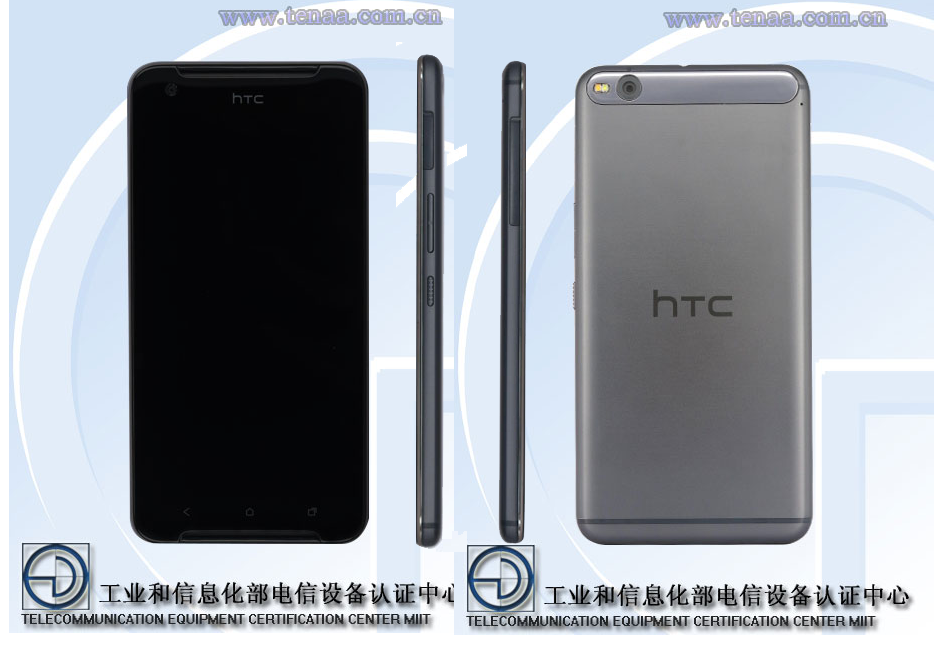 HTC launched the HTC One A9 flagship device last month that comes with iPhone like design. Recently, HTC One X9, the latest device from HTC, got leaked via a poster of the phone. It was said to have a 5.5-inches 2K display, either MediaTek Helio X20 or Qualcomm Snapdragon 820 chipset, 4GB of RAM, Android 6.0 Marshmallow, 64/128GB internal storage variants, a 23-megapixel rear camera and a 4-Ultra-pixel front-facing camera and a large 3500mAh battery.

HTC One X9 (X9u) TENAA listing shows the phone comes with a 5.5-inches IPS display with 1920 × 1080 pixel resolution. It is powered by a 2.2 GHz octa-core processor which will be the recently launched Qualcomm Snapdragon 820 chipset. The phone has 2 GB of RAM and comes with 16 GB of inbuilt storage with up to 1TB expandable storage slot. It runs on android 5.0.2 OS out of the box.

HTC One X9(HTC X9u) features a 13-megapixel rear camera with a 5-megapixel front facing selfie camera. It comes with connectivity options such as Bluetooth, USB, GPS, GSM, TD-SCDMA, TD-LTE, 4G LTE FDD, WCDMA etc. connectivity options. It is rumored to have a 3000mAh battery. It weights 174 g and 153.2×75.9×7.99 mm dimensions. The phone is listed in the silver gray color variant.

HTC One A9 was launched in October for $399.99 and comes with a 5.0-inch Full HD 1080p display with Corning Gorilla Glass 4 protection, an Octa core Qualcomm Snapdragon 617 soc that comes with four Cortex-A53 cores at 1.5GHz and another four A53 ticking at 1.2GHz alongside Adreno 405 GPU, 2 variants: One with 2GB RAM and 16 GB inbuilt storage and 2nd with 3GB of RAM and 32GB inbuilt storage capacity and up to up to 2TB expandable storage MicroSD slot, Android 6.0 Marshmallow with HTC Sense, 13MP rear camera, 4-UltraPixel front camera and a 2150 mAh battery.

As the HTC One X9 is now certified at TENAA, we can expect a launch announcement from the HTC in the next few days for sure. Stay tuned.

Update: A small correction: The TENAA listing shows that the phone has a 5-megapixel front facing camera than the 5-ultrapixel camera.