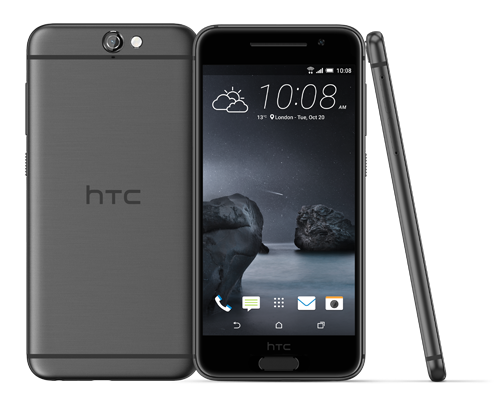 HTC has finally launched the new HTC One A9 with full metal body and it will be the HTC’s first non-Nexus phone to run on Android 6 Marshmallow out of the box. The phone is now available on official HTC website and it comes with features like Now on Tap and Android Pay.

It is available for pre-order starting $399.99 unlocked on HTC website. With Qualcomm Quick Charge 2.0 technology, download films, music and images 2x faster and charge 40% faster with Quick Charge 3.0 feature that will be available soon on HTC One A9.

HTC One A9 comes with a 5.0-inch Full HD 1080p display with Corning Gorilla Glass 4 protection and is powered by an Octa core Qualcomm Snapdragon 617 soc that comes with four Cortex-A53 cores at 1.5GHz and another four A53 ticking at 1.2GHz alongside Adreno 405 GPU.

It comes with 2 variants: One with 2GB RAM and 16 GB inbuilt storage and 2nd with 3GB of RAM and 32GB inbuilt storage capacity and up to up to 2TB expandable storage MicroSD slot. It runs on Android 6.0 Marshmallow with HTC Sense.

HTC One A9 is up for pre-order on official HTC website here. HTC has also announced that the One A9 unlocked edition will provide every software update within 15 days of Google’s first push to Nexus which will be a bonus to the buyers of HTC One A9.