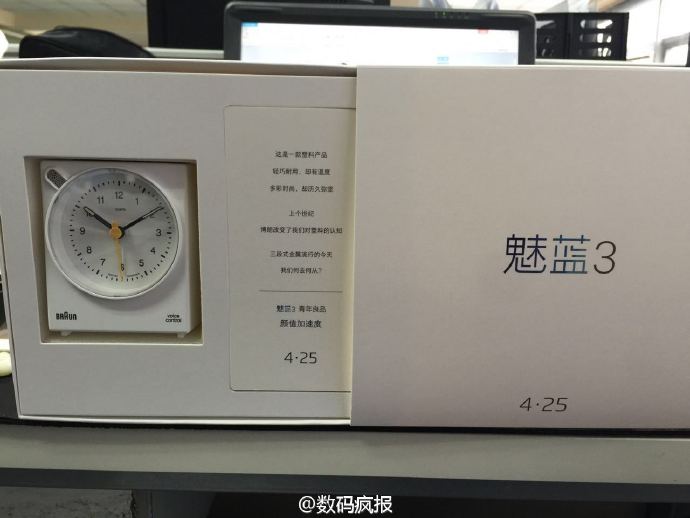 Meizu launched its flagship device Meizu Pro 6 a week back in China and has the invitation for its next event has been leaked in China that is going to be held on April 25. The company is expected to launch its new device in the Meizu M series that may be called as Meizu M3 or Meizu M3 Mini. The device has already made its appearance on TENAA couple of days back with name Meizu M688Q revealing its specifications and images. The leaked invite comes with some Chinese text and number ‘3’, that hints towards the launch of the new Meizu m series phone.

It features a 13-megapixel rear camera with LED flash and a 5-megapixel front facing camera. It comes with connectivity options that includes Bluetooth, USB, GPS, 4G LTE, 3G etc. It is backed up by the 2800mAh battery. It measures 141.5 × 69.5 × 8.3 mm and weights 130.69 grams. Color options includes White, blue, gray, pink and gold. It also comes with some sensors also like Gravity sensor, proximity sensor and light sensor.