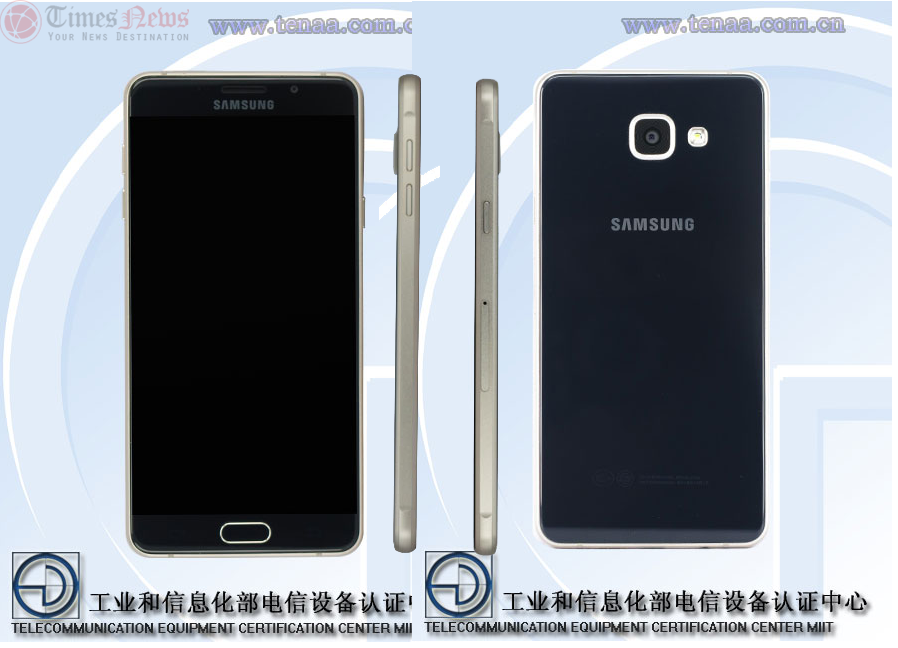 Samsung’s Galaxy A7 was launched in February this year with impressive features and we already know that Samsung is working on the Galaxy A series and Galaxy J series smartphones with upgraded features. Recently, Galaxy A3 and Galaxy A5 2015 variants found approved by FCC and couple of days back Galaxy J1 got the FCC approval with 4.5-inch display. Now the Galaxy A7 has passed the TENAA certification process revealing its new features.

TENAA listing shows off the specs as a 5.5-inches OLED display with 1920×1080 pixels resolution and is powered by a octa-core 1.7GHz processor that was Qualcomm Snapdragon 615 processor in the old Galaxy A8. 3GB of RAM is included, the same 13 megapixel autofocus LED flash rear camera with a 5 megapixel front camera is there. It runs on Android 5.1.1 Lollipop OS out of the box. It has 16 GB of inbuilt storage and the expandable storage capacity is increased from 64GB to 128GB in this new variant.

Samsung may soon announce the new variants of Galaxy A series smartphone including this new Galaxy A7 variant in the upcoming days. So let’s wait for the company to announce these new phones. Stay tuned.