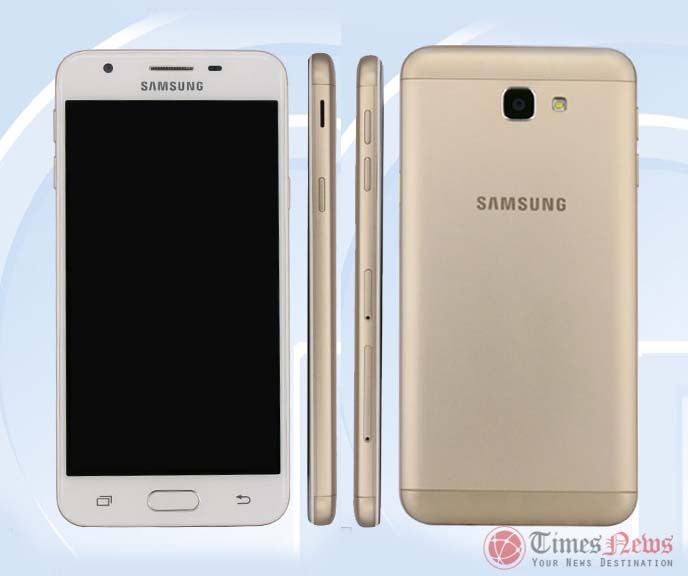 Samsung announced the Galaxy J7 Prime few days back by listing it on their official Vietnam website and today in India, interestingly it comes with the model number SM-G610F that was previously rumored to be the Galaxy On7 (2016) model number and was also spotted listed on a number of websites including GFXBench, GeekBench, TENAA and at FCC also.

At FCC, it was listed with the name Galaxy On7 (2016) under the ‘device name’ option but Samsung still launched it in the Galaxy J series instead. The TENAA images for the SM-G6100 also matches with the official Galaxy J7 Prime images. So does that mean Samsung will launch the SM-G570F as Galaxy J5 Prime and not with the name Galaxy On5 2016?

If we check the TENAA listing, the SM-G5700 was listed with a 5-inch HD TFT display with 720 × 1280 pixel resolution and are powered by the 1.5GHz octa-core Snapdragon 617 processor. It has 3GB of RAM and 32GB inbuilt storage capacity and supports up to 128GB MicroSD card expandable storage capacity.

It runs on the Android 6.0.1 Marshmallow OS out of the box and supports Dual SIMs.  It features a 13-megapixel rear LED flash camera with an 8-megapixel front facing camera. It is backed up by a 2600mAh battery and comes with connectivity options like 4G LTE, Bluetooth, USB, GPS and WiFi. The device also supports FM Radio. It measures 142.8 × 69.6 × 8.1 mm and weights 142 grams. It comes with a number of color options that includes Gold, Pink Gold, Black and Metallic Gold. The home button on the front panel may also comes with a fingerprint scanner.