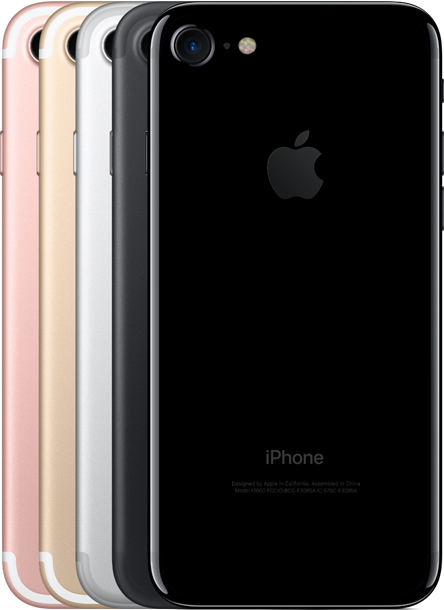 Apple has finally launched the latest flagship device iPhone 7 along with the iPhone 7 Plus in an official event in San Francisco. The iPhone 7 comes with Jet Black, Black, Gold, Rose Gold and Silver color options and is priced at $649 for the 32GB base variant, $749 for the 128GB variant and $849 for the 256GB variant. Pre-order will start this Friday on September 9 and it will be available for sale in more than 25 countries with sales starting September 16.

The new iPhone 7 comes with 3D touch display again, it is powered by a quad-core Apple A10 Fusion processor with hexa-core GPU. It comes with water and dust resistance features and comes with IP67 certification. It has now a new home button that is now press sensitive and comes with new Taptic Engine. The 3.5mm audio jack has been removed as we saw in the rumors and it now comes with wireless and wired EarPods with Lightning connector.

The new iPhone 7 comes with 4.7-inch IPS 3D Touch display with 326 ppi and 1334 x 750 pixels resolution. it is powered by a 64-bit quad-core A10 Fusion processor with six-core GPU and M10 motion co-processor. The storage options available are 32GB,128GB and 256GB and it runs on the upcoming iOS 10 launching on September 13th.

It features a 12-megapixel rear camera with f/1.8 aperture, OIS, six‑element lens, Quad-LED True Tone flash, 4K video recording and a 7-megapixel front facing camera with f/2.2 aperture, 1080p video recording and Retina Flash. It comes with a built-in lithium-ion battery that delivers up to 10 days of standby and up to 12 hours of internet usage on 3G/4G LTE network.