iPhone 7 Plus launched with Dual-rear cameras, 5.5-inch display and iOS 10 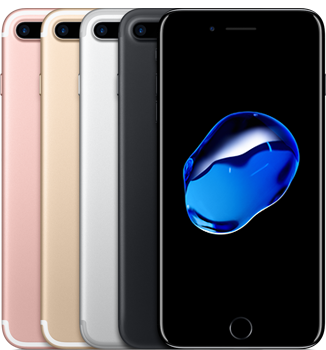 Apple not only launched 4.7-inch iPhone 7 in the official event at San Francisco but also launched the 5.5-incher iPhone 7 Plus in the event that comes with dual-rear camera and other similar features like the iPhone 7. The iPhone 7 Plus comes with Jet Black, Black, Gold, Rose Gold and Silver color options and it is priced at $769 for the base 32GB variant, $869 for the 128GB variant and $969 for the 256GB variant. Pre-orders will start September 9 and sales will start September 16 in more than 25 countries.

The main highlight of the new iPhone 7 Plus is its Dual-rear 12-megapixel cameras with number of features to provide the users with clear images having more details. The features includes wide-angle f/1.8 aperture lens and telephoto f/2.8 aperture camera lens, OIS, Optical zoom at 2x; digital zoom up to 10x, Six‑element lens, Quad-LED True Tone flash, 4K video recording at 30 fps, Slo‑mo 1080p at 120 fps and 720p at 240 fps.

We have already talked about the dual-rear cameras above and it also features a 7-megapixel front facing camera with f/2.2 aperture, 1080p video recording and retina flash. A built-in rechargeable lithium-ion battery is also available with up to 16 days of standby and up to 13 hours of internet usage on 3G/4G LTE network. Connectivity options are again same like iPhone 7 which includes 4G VoLTE, Bluetooth 4.2, NFC, WiFi 802.11 ac with MIMO and GPS with GLONASS.

It measures 158.2x 77.9×7.3 mm and weights 188 grams. It also comes with the pressure sensitive fingerprint sensor on the home button and also comes with new stereo speakers. Iphone 7 Plus is also IP67 certified means it is also water and dust resistant. There is no 3.5mm audio jack available and it also comes with wireless and wired Airpods.