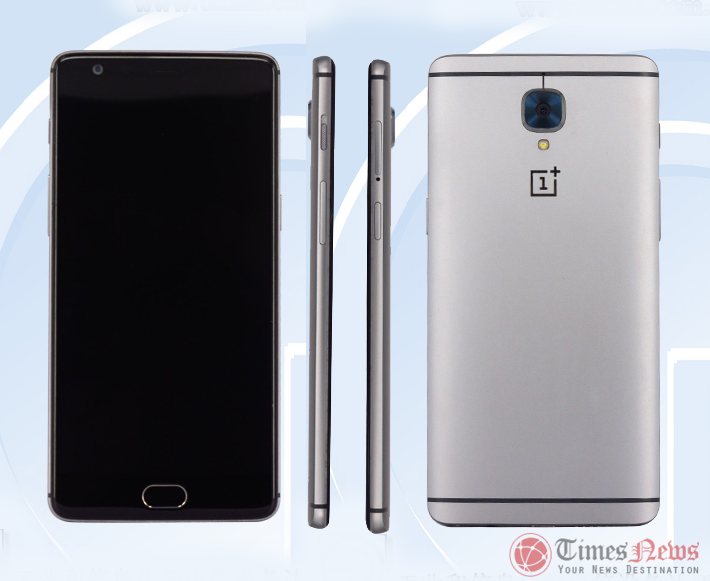 There are rumors online that OnePlus is going to launch its new flagship device OnePlus 3 on June 14 event in China. The flagship OnePlus 3 with model number Oneplus A3000 has already got the TENAA approval from China in the past and now th device has been approved by the FCC in United States confirming the launch date arriving soon. The FCC documents comes with some test as usual but there are no images of the device in the approval documents.

It will have connectivity options such as 4G LTE, WiFi IEEE 802.11 a/b/g/n/ac, Bluetooth and OxygenOS 3.1.0 based on android. It measures 151×74×7 mm and weights 158.75 grams. The battery size is also confirmed to be a 3000 mAh battery. Nothing else apart from the above specs of this device are listed in the documents.

The TENAA listing has previously confirmed that OnePlus 3 will have a 5.5-inch AMOLED full HD display with 1080 × 1920 pixel resolution. It is powered by a 2.15GHz quad-core processor that will be the Snapdragon 820 SoC. It has 4GB of RAM and 64GB of inbuilt storage capacity with no expansion slot. It runs on Android 6.0.1 Marshmallow OS out of the box.

It features a 16-megapixel rear LED flash camera and an 8-megapixel front facing camera. It is backed up by a 3000mAh battery and connectivity options includes 4G LTE, 3G, Bluetooth, USB, GPS etc. It measures 152.6×74.6×7.3mm and weights 160 grams. Multiple color options are available like Light gray, black and gold. A fingerprint scanner is also expected on the home button.