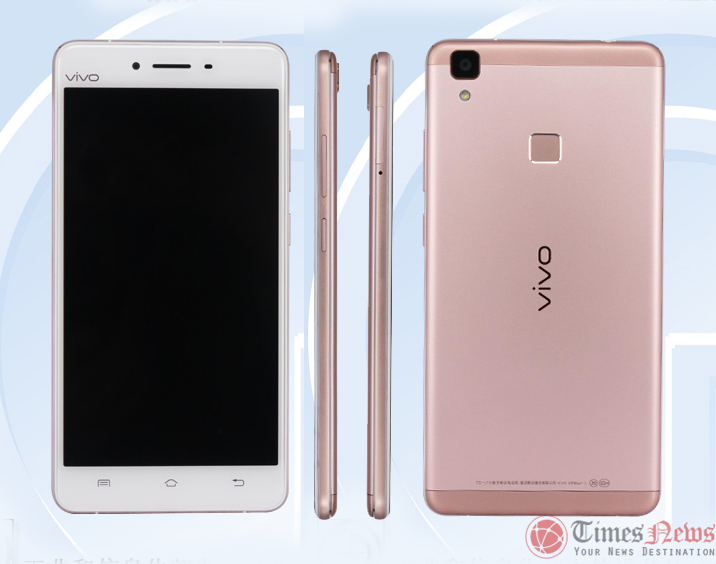 Vivo Launched the Vivo V3 and V3 Max in April this year in India with good amount of RAM and mid-range price and specs. Vivo is working on a lite model of the Vivo V3 Max as two new variants of the Vivo V3 Max+ have been spotted on TENAA with same design as the Vivo V3 Max but with low RAM. These variants have got the approval on 19th May as per both the listings, so despite having the same specs as compared to the vivo V3 max, that got the TENAA approval in April, these might be the new devices from the company.

The Vivo V3 Max+ is expected to be launched soon by the company. The Vivo V3 Max+ has similar specs like the V3 Max, The TENAA database has listed two models of this device with same specs and are listed as Vivo V3 Max+ L and Vivo V3 Max+ A respectively. Let’s checkout the specs of both these device we spotted at TENAA.

The TENAA listing for both the Vivo V3 Max+ L and Vivo V3 Max+ A shows that this new device will have a 5.5-inch TFT full HD display with 1080 × 1920 pixel resolution and will be powered by the 1.5GHz octa-core processor might be the same Snapdragon 652 processor. It has 3GB of RAM and 32GB of inbuilt storage capacity with 128 GB microSD card expandable storage capacity. It runs on the Android 5.1 Lollipop OS out of the box.

It features a 13-megapixel rear LED flash camera and an 8-megapixel front facing camera. A fingerprint scanner is available in the center of the rear panel. It measures 153.90 × 77.10 × 7.58 mm and weights 168 grams. It has the same 3000 mAh battery. It is listed in Golden and Rose Gold color option. The company may be going to launch it in the upcoming days with just a difference of RAM if we compare it with the Vivo V3 Max.