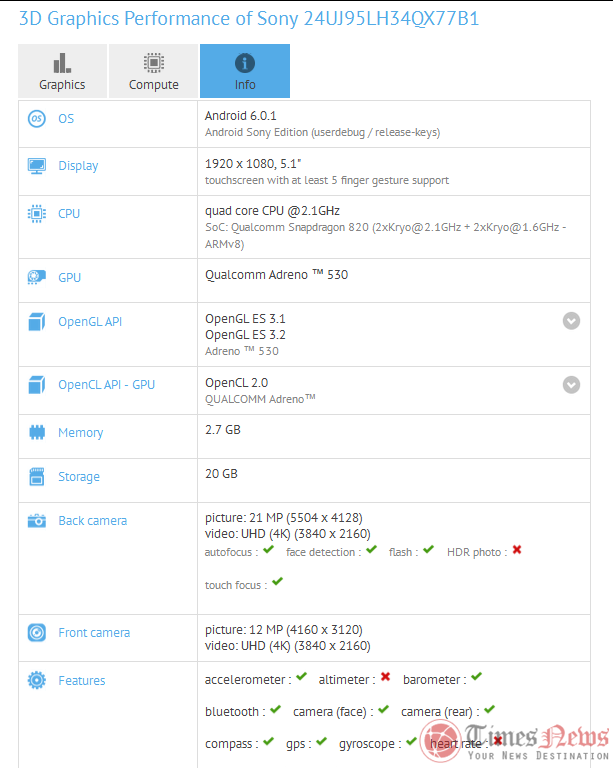 The Flagship Sony devices are already out and now a new device from the company has just popped up at GFXBench that has high-end flagship like specifications and we don’t know if this is the existing phone or a new phone. Let’s check out the specs of this new unknown device we spotted at GFXBench.

As far as the camera features are concerned, it won’t let you down as it has a decent camera specs. It features a 21-megapixel LED flash rear camera and a 12-megapixel front facing camera. Other features the GFXBench listing reveals includes WiFi, Bluetooth, NFC and GPS. The device supports single SIM but there may be a dual SIM variant also at the time of its official launch.