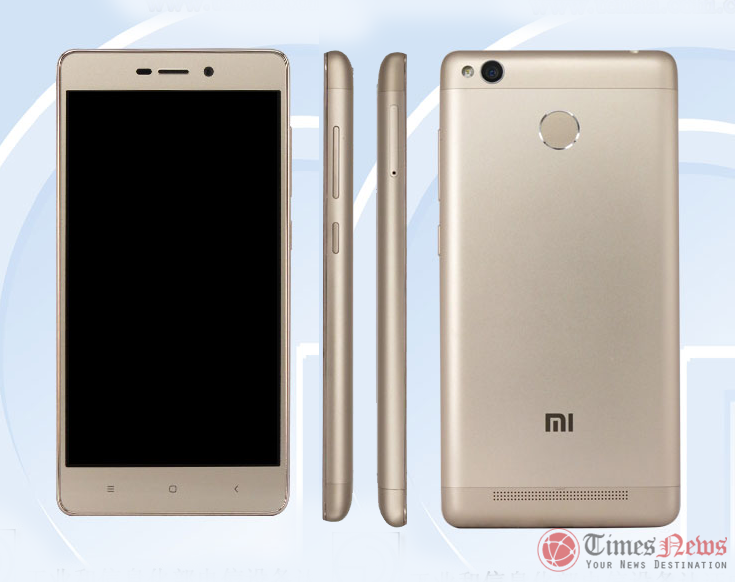 Xiaomi is going so much popularity in India and in the home country China. The company has launched a number of new devices in the past including the flagship Mi 5. Xiaomi recently launched its new device in the phablet category called the Xiaomi Mi Max. It comes with a large 6.44-inch display and it was not having the front “Mi” logo.

Looks like the company is gearing up to launch more devices with no front “Mi” logo. It is because two new devices with model number 2016030 and 2015115 have just got the TENAA approval and both doesn’t have the Mi Logo on front panel like the old Mi devices. Both the devices also has a fingerprint scanner on the rear side and looks like the successor to the Redmi Note 3 and Xiaomi Redmi 3A. Both are having good mid-range specs that we will discuss next in this article.

The Xiaomi 2016030 is expected to be launched as Xiaomi redmi 3A. The TENAA listing for the Xiaomi 2016030 comes with a 5-inch HD TFT display with 1280 × 720 pixel resolution and is powered by a 1.4GHz octa-core processor might be the Snapdragon 415 SoC. It has 2GB of RAM and 16 GB of inbuilt storage capacity with up to 128GB MicroSD card expandable storage slot. It runs on the Android 6.0.1 Marshmallow OS out of the box.

It features a 13-megapixel rear LED flash camera with a 5-megapixel front facing camera. just like the Mi Max it has a large battery but is smaller than the Mi Max. It has a 4000 mAh battery while the Mi Max has a 4850 mAh battery. It measures 139.3 × 69.6 × 8.5 mm and weights 143 grams. Connectivity options includes 4G LTE, 3G, GPS, Bluetooth, WiFi and FM Radio as well. Color options includes Silver, silver and gold.

The Xiaomi 2015115 is expected to be the newest variant of the Redmi Note 3. The TENAA listing shows that it has a 5.5-inch TFT full HD display with 1920 × 1080 pixel resolution. It is powered by a 1.8GHz hexa-core processor that might be the Snapdragon 650 SoC. It also has 2GB of RAM and 16 GB of inbuilt storage with up to 128GB expandable storage slot. It runs on Android 5.1.1 Lollipop OS.

It features a a 16-megapixel rear LED flash camera with a 5-megapixel front facing camera. It has a 4000 mAh battery and connectivity features are same as the new Xiaomi Redmi 3A variant we discussed above. It measures 149.96 × 76.06 × 8.69 mm and weights 165.91 grams. Color options includes Gold, silver and gray.

Stay tuned as both these devices are expected to launch soon by the company.