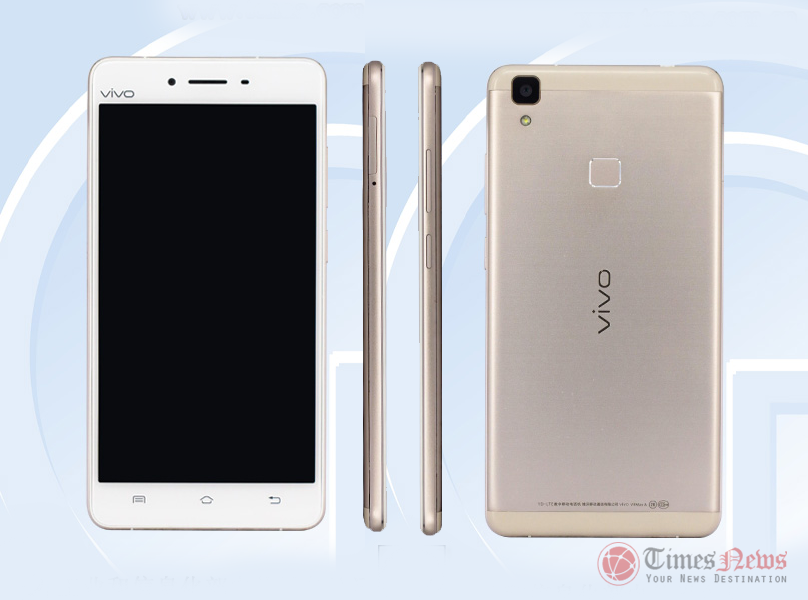 Let’s talk about the Vivo V3 max that has got the TENAA certification in China. The TENAA listing for the Vivo V3 Max comes with a 5.5-inch TFT Full HD display with 1080 × 1920 pixel resolution and is powered by the 1.5GHz octa-core processor that is expected top be the Snapdragon 820 Soc. It has 3GB of RAM instead of the rumored 4GB RAM. It comes with 32GB of inbuilt storage capacity with 128 GB microSD card expandable storage capacity.

It runs on the Android 5.1.1 Lollipop OS out of the box and may be updated to the latest Android 6.01 Marshmallow after the launch. The two camera are mentioned in the TENAA listing but the camera lens size is not mentioned in the listing. So we have to wait for the official launch to know about the camera details of this device. The Vivo V3 Max measures 153.90 × 77.10 × 7.58 mm and weights 168 grams. It is listed in Golden color options only. The device supports 4G LTE, 3G, Bluetooth, USB and other all standard connectivity options as well.

The leaked image of the Vivo V3 max confirmed the existence of the fingerprint scanner in this device. Nothing of the above specs have been officially confirmed and may change with the official launch of the device. We are now one and a half week away from the Vivo’s rumored event date April 5 for the launch of both the V3 and V3 Max devices. As both the devices are teased by Indian Vivo Facebook page, both are confirmed to launch in India and the TENAA listing has confirmed that both will be launched in China too.

The Vivo V3 will have the similar features like the Vivo V3 Max and may get a smaller battery as compared to the V3 Max. We will get the camera details once we have the official specs details in hand or we have to wait for more leaks of both the devices.