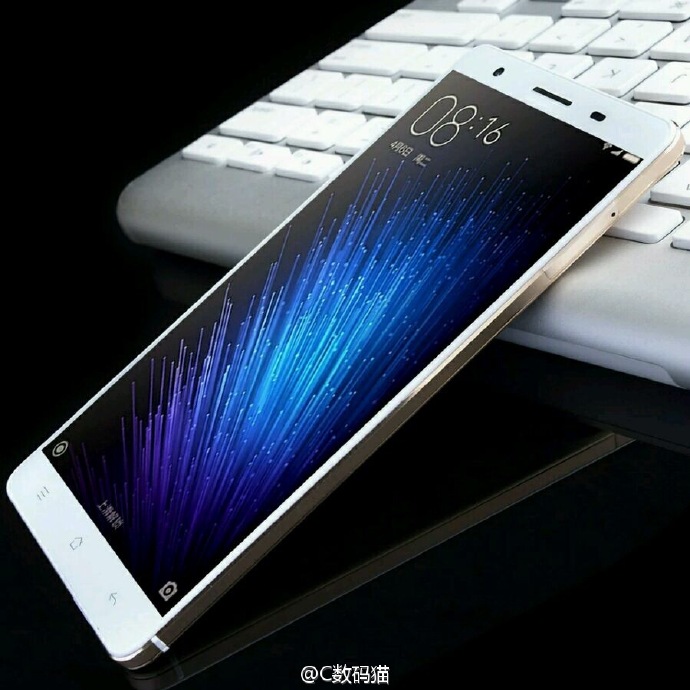 Xiaomi is going to launch its new phablet Xiaomi Mi Max in its May 10th event and we already saw the leaked device render in the past. The company is already teasing the device on its weibo account with partial device images as well and a recent teaser revealed the device launch date May 10.

The MI Max also visited GFXBench with some of its specifications. Another new image from the device has been leaked now with the same white color option we saw in the official teaser and in the leaked render of the device.

Nothing new in the leaked render, it shows the sim card slot available on the right side and is placed near the keypad of a laptop. Mi Max will be launched on May 10 in an official event at Beijing National Convention centre. We are still waiting for its TENAA listing which will give us brief details of the device including the specs and images.

Only details we currently have were revealed by the GFXBench listing of this device. It was listed with a 6.4-inch Full HD display with 1920 x 1080 pixel resolution and is powered by the hexa core 1.8GHz Snapdragon 650 processor with Adreno 510 GPU and 2GB of RAM. It comes with 16GB of inbuilt storage capacity and runs on the Android 6.0.1 marshmallow OS out of the box.