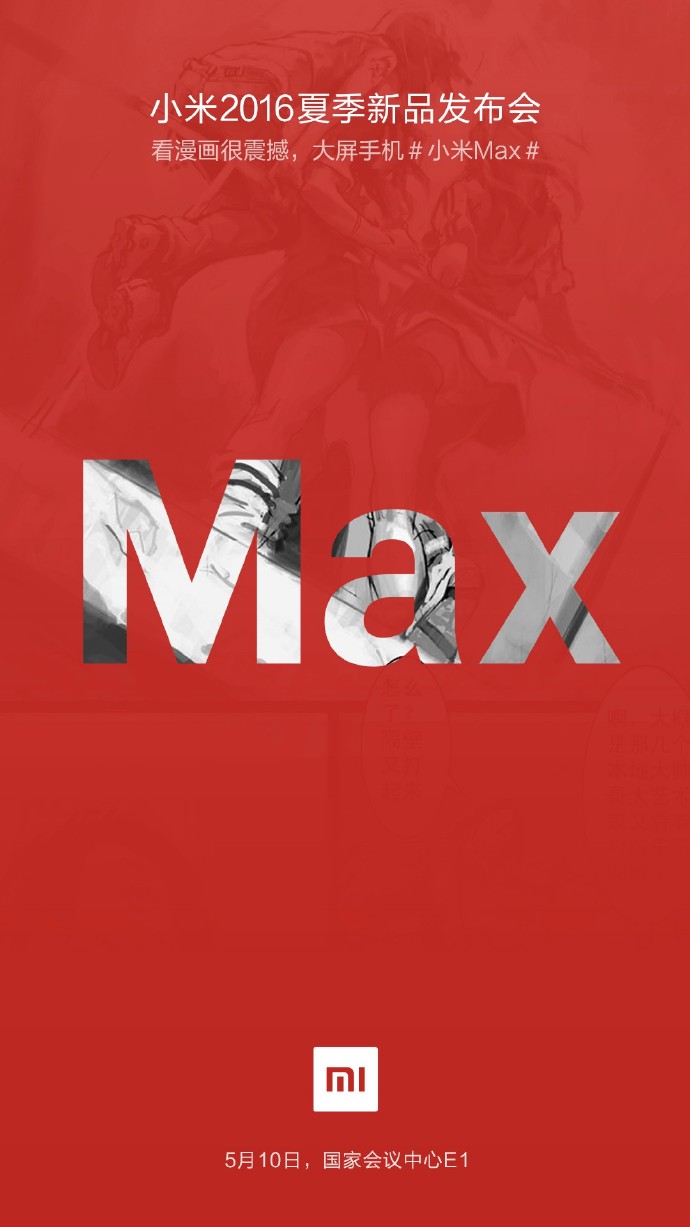 Xiaomi has recently started teasing its new phablet Xiaomi Mi Max on their social media accounts. A HD render from the device was also leaked few days back. The Chinese company has now announced the release date of this phablet.

In a series of new multiple colored teasers, Xiaomi has revealed the Mi Max will be launched on May 10 in an official event at Beijing National Convention centre and tickets for this event are now available from today. The device has also made its appearance on the GFXBench database revealing the specs of the device.

The company has posted a series of teasers on weibo here with the release date May 10 of the device. The device have been listed on the GFXBench database with a 6.4-inch Full HD display with 1920 x 1080 pixel resolution. It is powered by the hexa core 1.8GHz Snapdragon 650 processor with Adreno 510 GPU and 2GB of RAM. It comes with 16GB of inbuilt storage capacity and runs on the Android 6.0.1 marshmallow OS out of the box.

It features 16-megapixel rear LED flash camera and a 5-megapixel front-facing camera. The connectivity options includes WiFi, USB, GPS and single SIM option. No other details have been listed in the GFXBench listing. A TENAA listing of the device is expected soon that will give us more details like the images and other specifications of this phablet.

The leaked HD render previously revealed that the MI Max will look similar to the Mi 5 flagship. The previous rumors suggests that the Mi Max will have a 6.4-inch display with a 1440 x 2560 pixel QHD resolution and will be powered by the Snapdragon 820 processor and 6GB of RAM which was proved wrong with its GFXBench listing. It is rumored to have a full metal body with a large 4000 mAh battery.