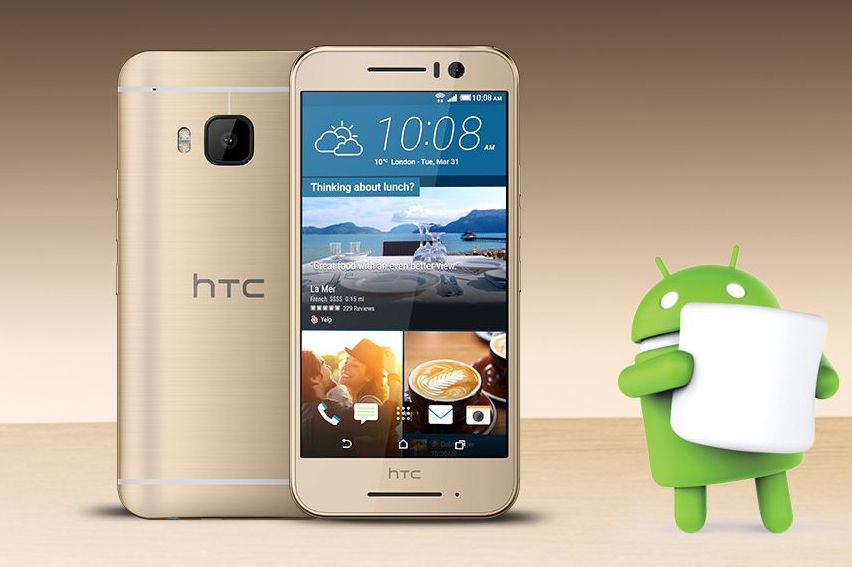 HTC launched the new flagships HTC 10 and HTC 10 Lifestyle this month with top-end specs leaving behind the rumors that the HTC One lineup is now dead. But today, the Taiwanese company surprised its customers by releasing the new HTC one series smartphone called as HTC One S9. The HTC One S9 joins the existing HTC One series of phones including the HTC One A9, HTC One X9, HTC One M9 and others as well. The HTC One S9 is priced at 499 Euros (around $565) in Germany and is expected to be available soon in other regions as well. let’s checkout the specifications of the device.

The HTC One S9 comes with a 5-inch Full HD super LCD display with 1920 × 1080 pixels resolution, pixel density of 443 ppi (pixels per inch) and Gorilla Glass protection. It is powered by the MediaTek Helio X10 64-Bit 2.0GHz octa-core processor along with 2GB of RAM and 16GB inbuilt storage capacity and up to 2TB of microSD card expandable storage capacity. It runs on the Android 6.0 Marshmallow OS out of the box with HTC Sense UI on top.

It features a 13-megapixel rear camera with Bicolor LED flash, HDR, optical image stabilisation, manual mode, autofocus, BSI sensor, OIS, ƒ/2.0 and 4K video recording. This device has a 4MP Ultra-pixel front camera with 2 μm pixels, f/2.0 aperture, BSI sensor and 26.8mm equivalent focal length. It is backed up by the 2840 mAh battery with up to 13 hours of talk time and up to 658 hours of stand by time on 3G network. The battery also comes with a Extreme power saving mode that can save more battery for you.