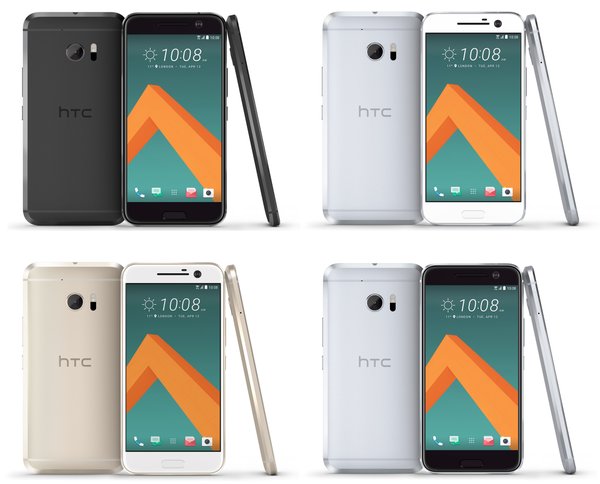 HTC’s upcoming flagship device HTC 10 is gaining so much popularity before its launch via its new leaks and leaked images. HTC is already teasing the HTC 10 on their social media accounts and we can expect that the company will soon share the launch event details. Some new renders of the device have leaked now by @evleaks that confirms that the device will be available in multiple color options like carbon gray, glacier silver, glacier silver and topaz gold.

HTC 10 name was recently confirmed by evleaks on their Twitter account and some actual images of the device were also got leaked online few days back. HTC 10 is rumored to launch with a 5.1-inch AMOLED QHD display with 1440 x 2560 pixels resolution and will be powered by a Qualcomm Snapdragon 820 processor with Adreno 530 GPU ans 4GB of RAM. It will have 16GB/32GB/64GB inbuilt storage variants with expandable storage slot.

The HTC 10 is expected to run on Android 6.0.1 Marshmallow OS out of the box with HTC’s Sense 8.0 UI on top. It is also rumored to feature a a 12-megapixel UltraPixel rear camera with laser autofocus and optical image stabilization and a 5MP Ultrapixel front camera. There will be a 3500 mAh battery.