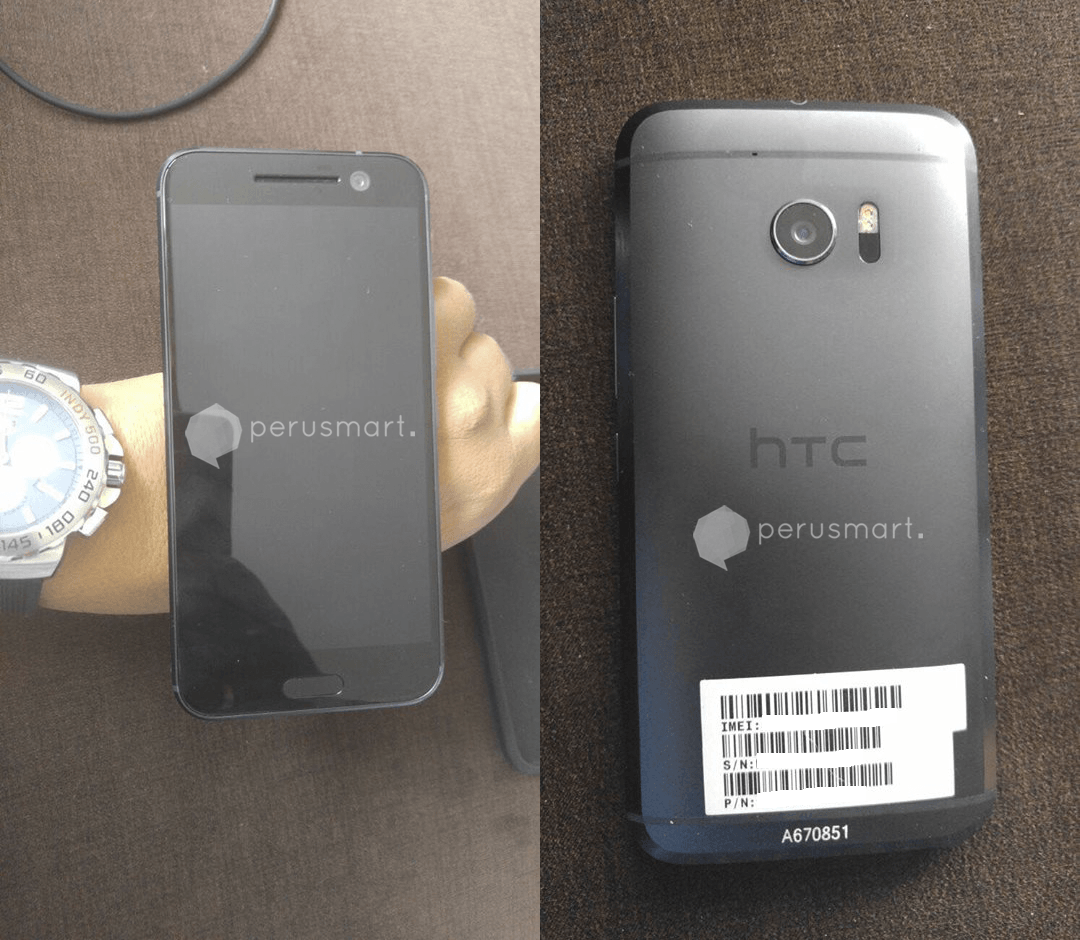 HTC is teasing the upcoming flagship HTC M10 on their social media accounts and the device is the part of several leaks and rumors as of now. HTC 10 renders were leaked couple of days back and a weibo user has also posted that the device could be launched in the 19 April event of the company. Now a user has posted a new image from the device showing the clear view of the device. This time the images got leaked on Reddit community by a user. The leaked image comes with two screenshots of the device with rear and front view of the device.

@evleaks recently posted that the rumored HTC flagship HTC One M10 can be launched as HTC 10 with no ‘One M’ branding in the name of the device. The user on weibo posted that the HTC 10 will be launched with specs like a 5.15-inch 2K display and will be powered by the Snapdragon 820 processor with 4GB RAM inside. It will have three storage variants 16GB/32GB/64GB and will be available in black, white, grey and golden color options. It will feature a 12-megapixel Ultrapixel rear camera and will have USB Type-C interface.

As per the previous rumors, the HTC 10 will be launched with a 5.1-inch AMOLED QHD display with 1440 x 2560 pixels resolution and will be powered by a Qualcomm Snapdragon 820 processor with Adreno 530 GPU ans 4GB of RAM. It will have 32GB inbuilt storage with expandable storage slot. One M10 is expected to run on Android 6.0.1 Marshmallow OS out of the box with HTC’s Sense 8.0 UI on top. It is also rumored to feature a a 12-megapixel UltraPixel rear camera with laser autofocus and optical image stabilization and a 5MP Ultrapixel front camera. There will be a 3500 mAh battery.

Nothing of the above is officially confirmed yet so we have to wait for the official confirmation from the company. Stay tuned for more news and updates.