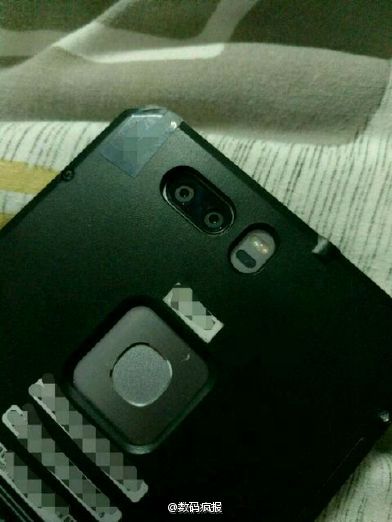 Huawei is going to launch their next flagship in the Huawei P series later this year that will be called as Huawei P9 and has been leaked a number of times already. The Huawei P9 is rumored to come with dual rear camera setup and will also have a fingerprint scanner available on its back below the camera module. The device is also rumored to have 6GB of RAM just like the Vivo Xplay 5 has. We can also expect the newly launched Huawei’s Kirin 950 processor inside the device to make it more faster. Today some new leaked images from the device and its cases have surfaced online.

Onleaks have posted a set of leaked images that are available below:

The Huawei P9 will be the successor to the Huawei P8 and is rumored to have a 5.2-inch qHD display and will be powered by Huawei’s owned octa-core Kirin 950 processor along with Mali T880 MP4 graphics processor and 6GB of RAM. It will have Dual cameras with 16-megapixels and 8-megapixels sensors and LED flash. It will also feature a 8-megapixel front facing camera. There will be a 3000 mAh battery in this device. Huawei is also rumored to launch the P9 Lite and P9 Max device along with Huawei P9.

The Huawei P9 Max is expected to be launched with a large 6.2-inch display with 2560 x 1600 pixel resolution and will be powered by Kirin 950 processor with 4GB of RAM and 64GB of internal storage. It will run Android 6.0 Marshmallow out of the box and will have other similar features like the Huawei P9. There are no leaks available for the Huawei P9 Lite, so we have to wait for the GFXBench or TENAA listing of all these three devices to have more detailed specs information.