Gionee M5 Plus launching on December 21 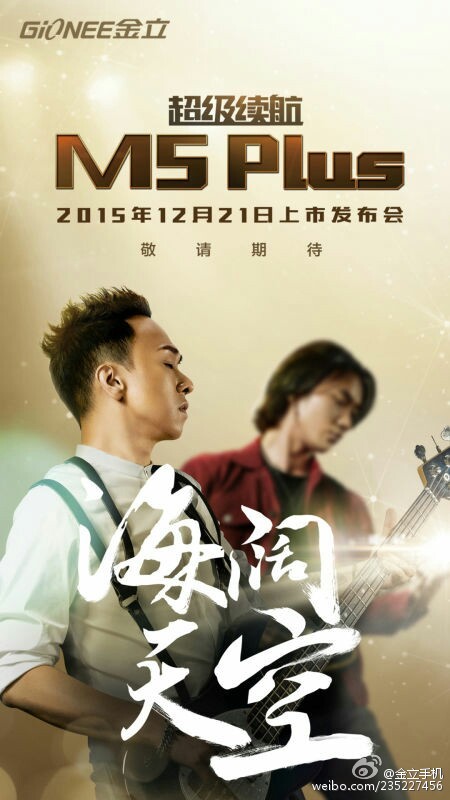 Chinese manufacturer Gionee is going to launch its new flagship device, called the Gionee M5 Plus, in the “Gionee M” series on December 21. Gionee has officially released the teaser posters of the smartphone launch on their weibo account. We can expect that the Gionee M5 Plus will be the Gionee GN8001 device that was recently certified on TENAA with full specs and images. If that’s true, then the M5 Plus phone will have top-end specifications and will compete with a number of smartphones in this category.

Gionee M5 Plus was spotted with a 6.0-inches AMOLED display having 1920 × 1080 pixel resolution and Corning Gorilla 2.5D glass. It will be powered by an unknown 1.3 GHz octa-core processor with 3GB of RAM. It will have 32Gb inbuilt storage capacity with up to 128GB expandable storage slot. It will support Dual SIM and will run on Android 5.1 Lollipop OS with Amigo UI.

The TENAA listing has also confirmed that it will have an 8-megapixel or 13-megapixel rear LED flash camera with a 5-megapixel front facing camera. It will feature a large 5020mAh battery and will have connectivity options like 4G LTE, 3G, Wi-Fi, Bluetooth 4.0, GPS, USB OTG etc. The phone comes in Silver color variant and weights 206g with 160.7×81.0×8.2 mm dimensions. A Fingerprint sensor is also placed on the home button of the phone.

The pricing details are not available yet and we will get the full details of its pricing in the official event. Gionee may launch a bunch of other smartphone spotted on TENAA previously. So let’s wait for the official Gionee event on 21st December for more details on the phone. Stay tuned.