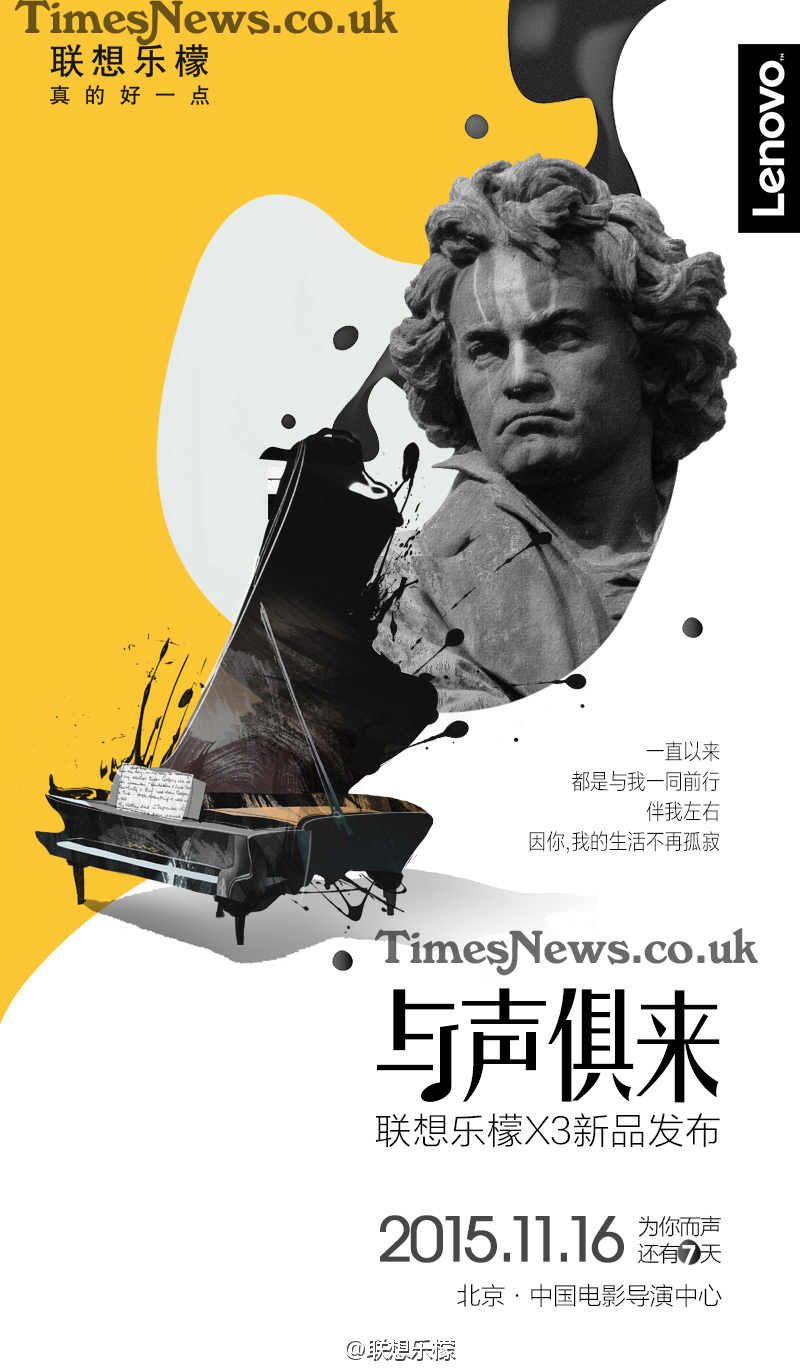 Lenovo is the most popular brand especially in India for the Laptops and smartphones and have launched number of devices for Asian markets only as they hold huge market share in the Asian markets. We saw the launch of Lenovo Phab Plus in September with large 6.8-inches display and now looks like Lenovo is all set to launch another top-end smartphone in just few days.

Lenovo has sent out the press invites for its event to be held on 16 November where they will announce the rumored Lenovo Vibe X3 smartphone with high-end specs. Lenovo Vibe X3 was spotted listed on the TENAA certification website revealing its all specifications and images too. Vibe X3 was also listed in the GeekBench Benchmark database with single-core score of 863 and multi-core score of 3167.

Lenovo Vibe X3 comes with a large 5.5-inch 1080p Full HD display with 1920 x 1080 pixel resolution and 3GB of RAM. It comes with 32GB of internal storage and expandable storage slot. It will be powered by a 64-bit hexa-core Snapdragon 808 processor. It will feature a 21-megapixel rear camera with dual-LED dual tone flash and the 8-megapixel front facing camera. Vibe X3 will also have two front-facing stereo speakers and will also support a fingerprint scanner that will be available on its back below the Camera’s LED flash.

Lenovo can also launch the Vibe X3 Lite smartphone that comes with same specs like Vibe X3 but will have MediaTek MT6753T 64-bit octa-core SoC with 2GB of RAM, a 13-megapixel rear camera and a 5-megapixel front camera.

So let’s wait for the official event taking place on 16 November which is just a few days away from now. Stay tuned for information regarding the Lenovo event.