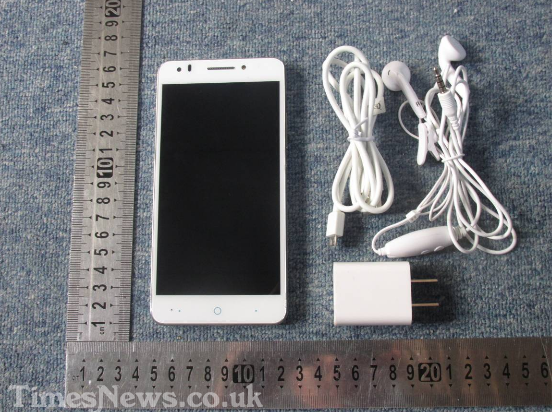 Chinese smartphone manufacturer, ZTE, released the Blade S7 smartphone, that comes with 2.5D Gorilla Glass on the front and back panels and an aluminum frame around the edges. We also saw a new Blade series smartphone Blade L6 approved by FCC. Just after the approval of Blade L6 nearly a week ago by FCC, another ZTE smartphone got the FCC approval in United States. The device name is ZTE Blade D Lux.

ZTE Blade D Lux comes with other model numbers and names called ZTE Blade A570 and ZTE T617 with same specifications. The FCC documents comes with the external and internal images of the device as well. The internal images available in the FCC documents confirms that it will have the Qualcomm Snapdragon 410 processor that comes with 1.2 GHz quad-core (4x ARM Cortex A53) CPU with Qualcomm Adreno 306 GPU and Qualcomm Hexagon DSP.

The FCC documents does not lists other features but as it is using Qualcomm Snapdragon 410 processor, we can expect at least an 8MP rear camera. The device will support 4G LTE connectivity. Other connectivity options includes Bluetooth 4.1, USB 2.0, Dual SIM, Wi-Fi etc.

The FCC documents also confirms a 3000 mAh battery for this device with Quick Charge 2.0 feature provided by Qualcomm. The device images shows a power button on right side with volume up/down buttons. It also has front and rear cameras of unknown size with LED flash on both cameras. There is no other details available about the device in the FCC documents.

ZTE may launch the blade D Lux along with Blade L6 in the upcoming days. So let’s wait for an official announcement from the company. Stay tuned.