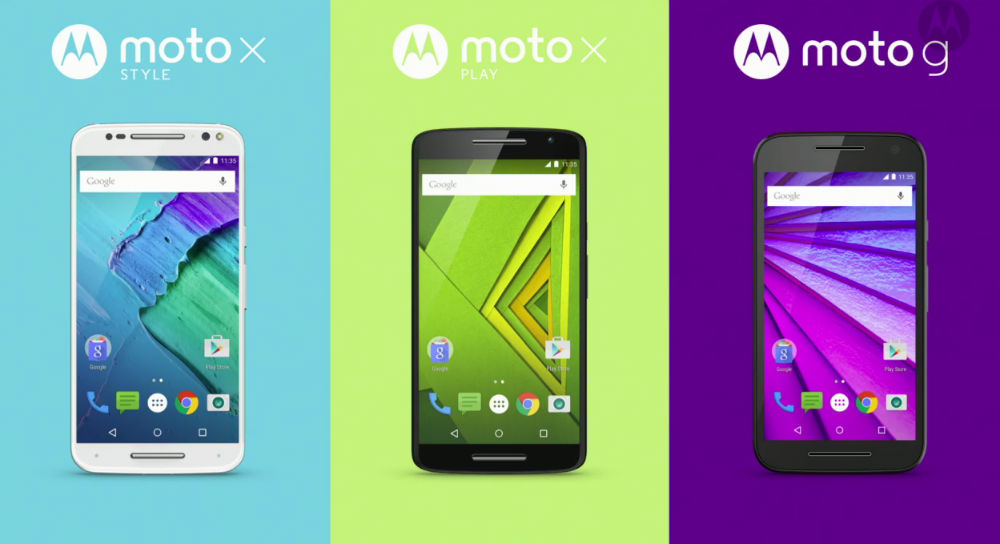 Last week has been a great week for mobile freak as number of new smartphones were unveiled during the whole week. Let us have a glance of this past week’s new launches with their specs:

Motorola being the topmost launcher during the last week, unveiled three of its new handsets which updated its mid and high list of smartphones.

Moto X has been split into two smartphones:

One being the flagship Moto X Style and the other is a mid range Moto X Play.

Moto X style is a large phone have 5.7 inch QHD screen. It has been featured with a 21 MP rear camera and a front shooter of 5 MP. It has 3GB RAM and has been packed with 3000mAh battery.

This new handset is IP52 certified and is water resistant.

Other new handset which is a mid range device is Moto X Play.

Both of these new handsets are provided with front facing stereo speakers as that of Moto G.

Next in the list comes to be Moto G 3rd generation. This new phone features 5 inch 720 p display.

The water resistance is of more serious type than that of new Moto X. It can be submerged in upto 1 metre water for almost 30 minutes.

It has a 13 MP camera and in this selfie era, this phone carries a 5 MP handset with auto HDR.

After the success of One Plus 1 the company unveiled, its successor during the past week, One Plus 2. It has been powered with Snapdragon 810 chipset and also a finger print sensor.

A smaller version of Meizu M2 note has been unveiled as m2.it has a 5 inch 720 p display and has been powered with Cortex A53 Quad core processor.

It has dual sim and features 13 MP rear camera and a 5MP front shooter.

Another handset that has been launched during last week was CAT S40. It has been certified IP68 which means this phone has water resistant of being submerged into water level of 1 metres for 60 minutes.

In addition to this, it has salt, dust, rain and vibration resistance. This handset has been packed with 3000mAh battery.