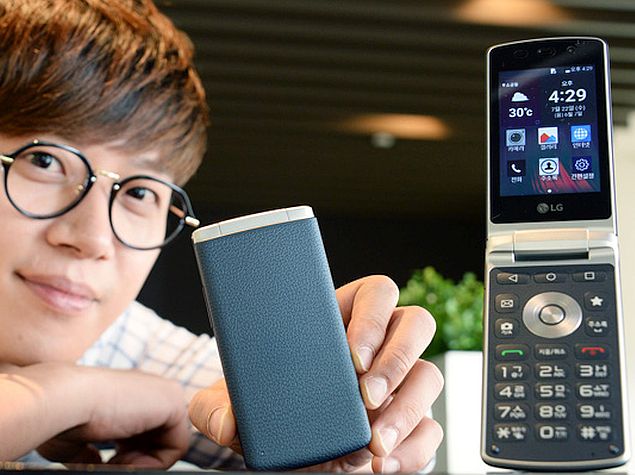 The latest announcement by LG in South Korea is about its latest android phone LG Gentle. This has really generated a curiosity in the market as this new upcoming phone is going to have Android Lollipop 5.1.1, the first flip phone to have it.

Normally LG launches its flip phones in its home country only. So this time around also there are curious discussions that whether this new flip handset will be launched in other countries of the world or not.

Earlier this year, LG Ice cream Smart flip phone was launched by the company in South Korea and it was limited to home country only. This was of worth KRW 300,000.

Certain flip phones which are in the market these days have dual screens i.e one on the inside and other on the outside of the top half of the handset. But this time around, in LG gentle, there is only a single screen which has specs as 3.2 inch LCD touch screen having a resolution of320 X 480 pixels.

This new android phone is powered with 1.1 GHz Quad- core processor. The chipset is still unspecified.

RAM: this will be featured by 1 GB RAM.

Internal storage: This new smartphone will have 4 GB internal storage capacity and a microSD card slot is present for expandable memory. The extent upto which memory is expandable has not been specified.

This flip phone runs android Lollipop 5.1.1 and its the first one of its kind.

Battery: this flip phone has been packed with 1700 mAh battery which is removable.

Colour options: this phone will be coming in navy and burgundy colours.

The handset has an extremely beautiful exterior having leather like finish.
The shipping of LG Gentle to Korea will occur very soon and the device is going to come with a price tag of KRW 200.00(€150).