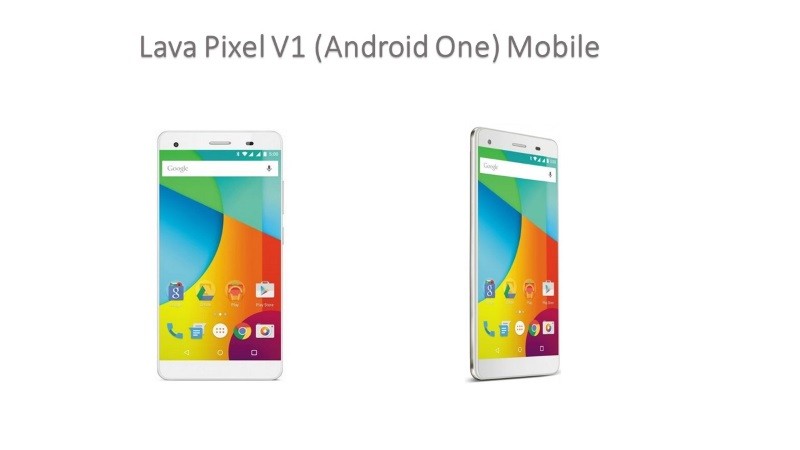 Last week, it was expected that Lava’s new handset may be unveiled on Monday, but according to the latest news available the expected date for the unveiling of this product is going to be on 29th July. During past few weeks a very limited amount of information was available about the specs of this upcoming handset. The latest rumours have provided us with some more details about the new Android One series device.

The company’s idea behind the Android One series handsets is to give their customers the taste of owning a Smartphone.

The past information about the upcoming handset, revealed its name i.e Lava Pixel V1. Another rumour was about its display, which was said to be 5 inch display. But now the latest information tells us that the new Android One smartphone is going to have 5.5 inch LCD display and will have a resolution of 720 X 1280 HD. The glass protection from the scratches will be provided by Dragon Trail Glass by Asahi.

Rest of the specs which are being rumoured are:

The upcoming handset will be powered with Snapdragon 64 bit chipset and is going to have Quad-core 1.3 GHz CPU.

Internal memory: 32 GB internal storage capacity.
Adding upto the benefit is a a memory card slot by which memory can be expanded upto 32 GB.

Camera: 13 MP rear camera is expected to be present having an aperture of f/2.0.
This new smartphone will carry a 5 MP front shooting camera.

Battery: Lava Pixel V1 will be packed with 2650 mAh battery.

This is going to have pre installed Android Lollipop 5.1.1.

The company even promises its buyers for the updates for next two years and as these will come directly from Google so there is going to be no slowdown process or any sort of delay for carrier testing.

In terms of connectivity, this smartphone will have 3G HSPA +, Bluetooth 4.0 as well as GPS connectivity.
The device is expected to be launched with a price tag of $177.

Still the final word will be only after the official launch of the handset.