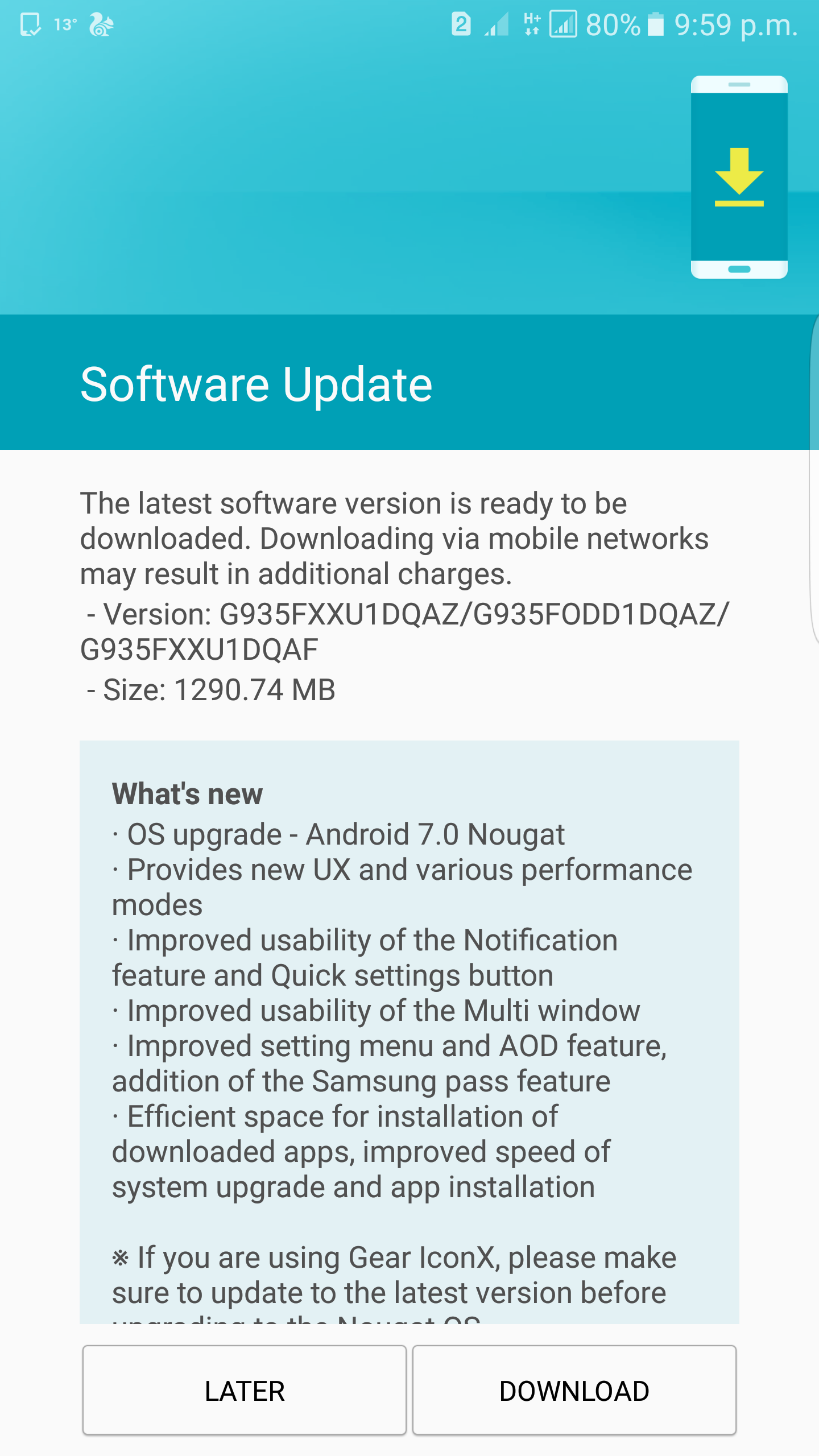 The company has also included the Samsung Pay app for the Indian users in this new Nougat update but the App is currently showing the coming soon message and we may see the launch of the app soon for the country. The update was also rolled out in Malaysia and France few days back. The new performance modes helps you saving the battery power and these modes also helps conserving the battery from the apps that you are not using currently.

Few days back, Samsung announced that the new Nougat 7.0 update will be available more devices including Galaxy S6, Galaxy S6 edge, S6 edge Plus, Galaxy Note5, Galaxy Tab A with S Pen, Galaxy Tab S2 (LTE unlock), Galaxy A3 and Galaxy A8 that will get it in the first quarter of the year 2017.

To recall, the Galaxy S7 Edge was launched with a 5.5-inch QHD Super AMOLED display and is powered by Samsung’s octa-core Exynos 8890 SoC. It has 4GB of RAM and 32GB inbuilt storage capacity with up to 256GB expandable MicroSD card storage with the help of Hybrid Dual SIM. It features a 12-megapixel Dual Pixel rear camera with f/1.7 aperture, smart OIS and a 5-megapixel front camera with f/1.7 aperture. It runs Android 6.0 Marshmallow OS and comes with IP68 rating for dust and water resistance. It is backed up by a 3600mAh battery.