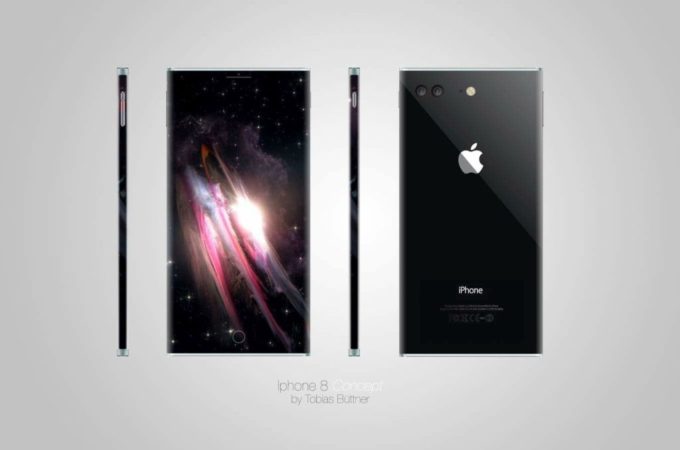 The birth of the iPhone 7 saw the introduction of a few new innovations by Apple such as the removal of the 3.5mm audio jack which it replaced with the lightning connector, doubling as the iPhone’s charging port. There is also the inclusion of a virtual home button replacing the physical home button that previous iPhones had featured. Now, early details have emerged that Apple is planning even more innovations on the iPhone 8 which would launch next year when Apple marks the 10th anniversary of its iPhone’s debut.

The new details which had earlier featured in rumors were contained inside a review of the new iPhone 7 done by a writer at New York Times. According to the reviewer, Apple is very much likely to continue manufacturing iPhones without the 3.5mm headphone jacks. The writer also disclosed in the article that next year’s iPhone 8 will have a full-screen face with the virtual button built directly into the display. This leaked information was attributed to two insiders at Apple, who declined to be quoted because the information about the product are supposed to still be private. Apple also refused to comment on the leaked info.

Even before the release of the iPhone 7, rumors about the iPhone 8 having an edge-to-edge display had been in the open but coming from inside sources, this may likely be a confirmation that the iPhone 8 might take a leap from its predecessors in design and features. The iPhone 8 is also earlier rumored to see a transition by Apple from LCD to  OLED displays said to be supplied by Samsung. The front camera and fingerprint sensor / home button will be embedded on the display, and a more faster A11 chip which would bolt faster than the blazing A10 chipset is also touted.

The iPhone 8 will likely be launched in the fall of 2017 and that’s a long time away from now. Enough time for more detailsand rumors about the next Apple flagship to surface.