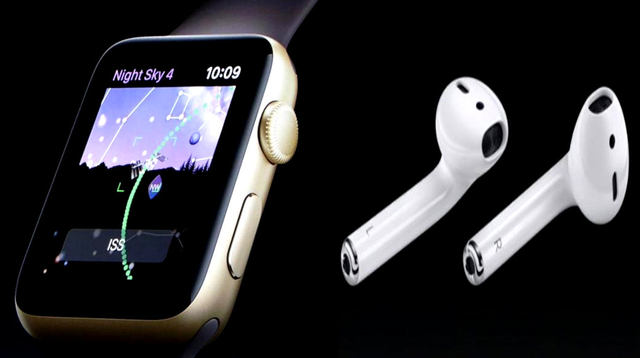 The second generation smartwatch features a S2 chip with a faster dual-core processor and a new GPU with better graphics performance. The improved chip makes the Apple Watch 2 50% faster than its predecessor. One important new feature that the Apple Watch Series 2 sees is the built-in GPS which lets users access their mapping needs even in the absence of your smartphone.

The Apple Watch Series 2 is touted to be swimproof, that is it can be worn while swimming, up to a depth of 50 metres without causing any damage. Since it is a sports and fitness conscious wearable, the Apple Watch 2 can count laps, track average lap pace and auto-detect stroke type to accurately measure active calorie burn.

Additionally, Apple Watch Series 2 comes with WatchOS 3 that features improved performance and simpler way to launch favorite apps instantly, either from the watch face or with the new Dock, which displays the latest information already updated in the background.

It has also been confirmed that Apple has yanked off the evergreen 3.5mm audio jack on the iPhone 7 and 7 Plus. The company announced its “Lightning” connector, which plugs into the phone’s charging port as a replacement. The iPhone 7 will come with an adapter so older earphones can still be used.

Furthermore, Apple unveiled the cool Apple AirPods wireless headphones that sync across all Apple devices, can access Siri and respond to touch. The AirPods cost $160 and  start shipping in late October.