Samsung SM-G5510 might be another Galaxy On series phone, spotted at GFXBench and WiFi 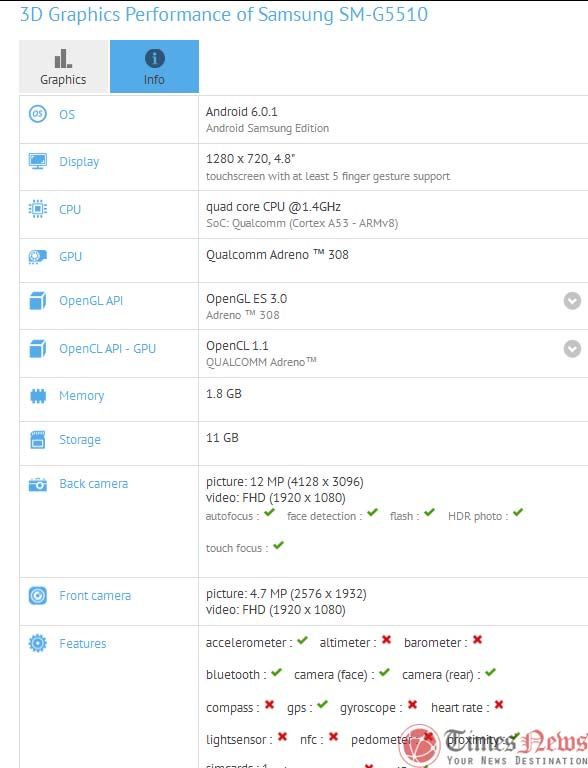 Another Galaxy On series device has just been spotted at GFXBench and also getting the WiFi approval. Two new Galaxy On series devices with model numbers SM-G5510 and SM-G5520 have got the WiFi certificate recently. The SM-G5510 is listed on the GFXbench bench-marking database as well with some of the key specifications listed. If we check the specifications, both the device will be mid-range devices and may become official soon along with the 2016 variants of the Galaxy on5 and on7.

SM-G5510 is listed with a 12-megapixel rear camera with LED flash, FHD, auto focus, face detection and touch focus. It also comes with a 5-megapixel front facing camera with full-HD recording. Other features includes GPS, Bluetooth and WiFi. No other details about this device are listed in the GFXBench listing and no specifications details of the second model number SM-G5520 are available at the moment as well. So we have to wait for the official launch of these unannounced devices.