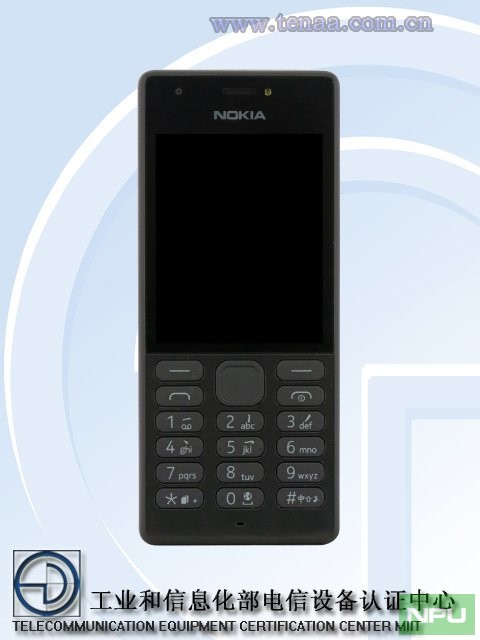 Last month, we reported on two leaked Android-based Nokia smartphones with 2K display, Android 7.0 Nougat, Snapdragon 820 Chipset and more, still in the works. While we were still waiting for the official announcement of the Android Nokia phones, what appeared to be Nokia smartphones with a somewhat confusing and outdated specs line-up were spotted on GeekBench.

Again, a Nokia feature phone code-named RM-1187 has been listed on China’s telecommunications equipment certification center TENAA’s website after being certified by the regulatory agency. The certification application was actually made by Microsoft (China) Co Ltd., but since Microsoft sold off Nokia’s feature phone business to HMD Global Oy, this may very well be the first HMD Nokia to hit the market.

In addition, there is a rear main camera on the device with CMOS sensor and LED flash as well as a front facing camera but the pixel size of the sensors were not disclosed. The Nokia RM 1187 feature phone is a dual-SIM enabled device, features 2.5G network connectivity and comes in three color variants, Black, White and Cyan.