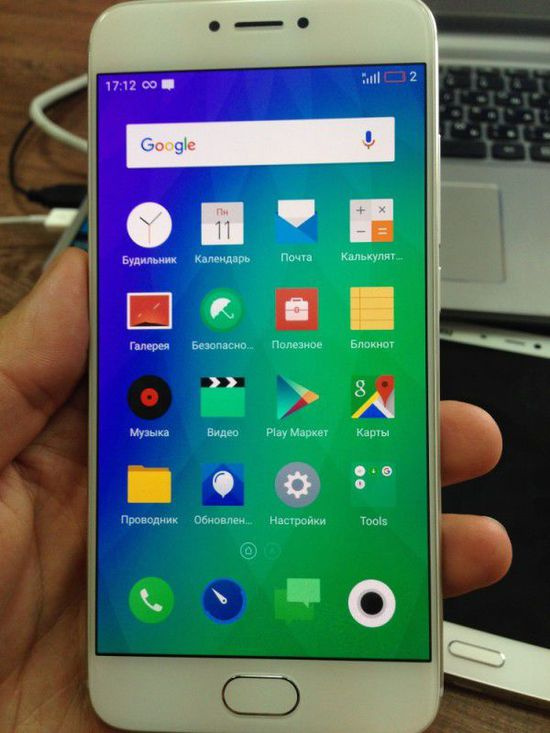 The Meizu Pro 6 is going to be unveiled in China tomorrow and the company is all set to announced it with some high end specifications. The Pro 6 was leaked a number of times previously on AnTuTu and GFXbench confirming some of the specifications of the device. Now, some new real life images have been leaked from the device along with a leaked video on weibo. The leaked video comes with the device in the hands of a user and the leaked images looks like the images of a prototype Pro 6 device. (Check below)

Recently, Meizu announced the April 13 unveiling of the Pro 6 flagship via their weibo account with two new teasers. The device will have a 10-LED flash according to these leaked images and an image comes with AnTuTu app running on the device. It is also rumored to feature the 3D Touch feature that was available first with iPhone 6S. The device also has a fingerprint scanner embedded on the home button.

The PRO 6 will have ARM Mali-T880 GPU and will offer 32GB and 64GB of internal storage options. It will feature a 21-megapixel rear camera with LED flash amd a 5-megapixel front facing camera. Pro 6 runs on the Android 6.0 marshmallow OS out of the box. The Meizu Pro 6 in the AnTuTu benchmark was spotted with similar features like in the GFXbench database.

The previous rumors for the Meizu Pro 6 includes the Samsung Exynos 7420 octa-core processor (quad-core 2.1GHz Cortex-A57 + quad-core 1.5GHz Cortex-A53) that comes with Mali T760 MP8 GPU. It will have a full-HD display having the 1080×1920 pixels resolution and is expected to have Hi-Fi 3.0 and fast charging technology features. The Pro 6 will run on the Android 6 Marshmallow based Flyme OS 6.0 out-of-the-box. It is also rumored to have two variants: one with 6GB of RAM + 128GB storage and the second will have 4GB of RAM + 64GB of inbuilt storage.

See you tomorrow in the tomorrow’s event of Meizu, stay tuned for more news and updates.