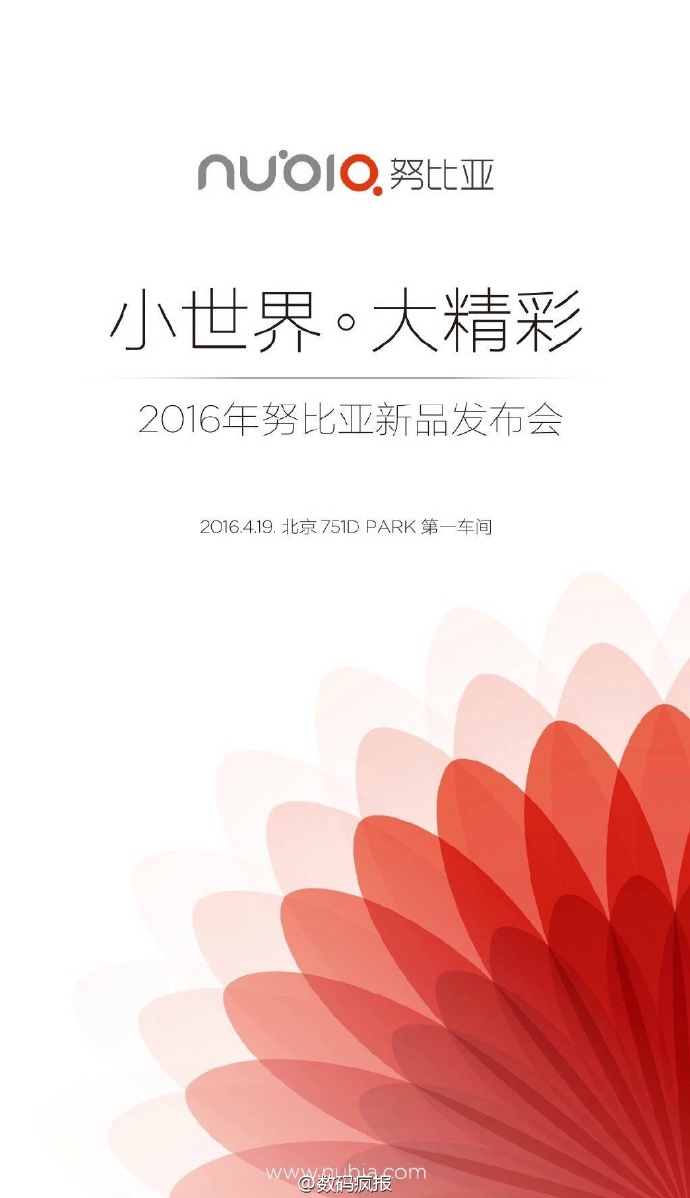 ZTE subsidiary, Nubia just issued a new teaser for its upcoming event taking place in Beijing on April 19 where the company is expected to launch its new Nubia Z11 flagship and Nubia Z11 Mini device. Nubia hasn’t yet launched the Nubia Z11 smartphone which was rumored to launch on March 29 previously. The company has started sending the invites to the customers for its event on April 19 where we could definitely see the launch of both the flagships. Nubia launched the Nubia Z9, Nubia Z9 Mini and Nubia Z9 Max last year in March.

Nubia Z11 Mini has already got the TENAA approval last month revealing most of its specs. The device was listed with name Nubia NX529J on TENAA that was expected to be launched as Z11 Mini. It was listed with a 5-inch Full HD display with 1920×1080 pixel resolution and is powered by an octa-core 1.2GHz/1.5GHz processor. It runs on the Android 5.1.1 Lollipop OS out of the box and has 3GB of RAM with 64GB inbuilt storage capacity and 32GB expandable storage capacity. It was also leaked in a few renders in the past.

It features an 8-megapixel or 16-megapixel rear camera with LED flash and an 8-megapixel front facing camera too.  Nubia NX529J comes with Black and white color options and measures 141.9 × 70.4 × 8 mm and weights 138 grams. It supports 4G LTE, 3G, 2G, Bluetooth, USB, GPS and other standard connectivity options as well. There will be a 2750mAh battery in this phone. No other details of the device are listed in the TENAA listing. It is rumored to be priced at 1499 Yuan (around $232).

If we talk about the Nubia Z11, it is expected to launch with features like a 5.2-inch 2K display and will be powered by a Qualcomm Snapdragon 820 processor with 4GB of RAM and will have 128 GB of inbuilt storage. It is rumored to feature a 20.7-megapixel rear camera and a 13-megapixel camera on the front. It will probably run on the Android 6.0 Marshmallow OS. We don’t have any other details of this device and the high end Nubia Z11 Max that is also expected to launch along with the above said devices.

So, let’s wait for the official event taking place on April 19 in Beijing. Stay tuned for more news and updates.