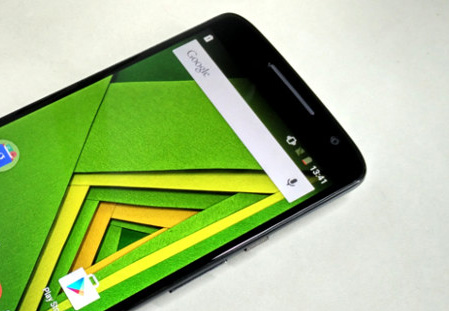 A new Motorola smartphone with 5-inch display have just been spotted imported to India for testing purposes. The device is listed with the name Motorola Moto X3 in the Indian import/export database website Zauba and lists it with 5-inch display. Lenovo owned subsidiary Motorola, may launch this device with the Lenovo branding in the upcoming days. A few days back, two new Lenovo devices with model numbers Lenovo XT1700 and Lenovo XT1706 were found benchmarked on GFXBench and both were having 5-inch display too.

The two devices found on the GFXBench with Lenovo XT1700 and Lenovo XT1706 model number were rumored to be launched as Moto E 3rd gen variants, but may be those model number are actually meant the Motorola Moto X3 model numbers. Who knows? The Zauba listing also says that it will be a GSM device and will support single SIM and the price of the device is listed as INR 6,812 which is around $103 according to current exchange rates. However, no other specs are listed further in the Zauba listing for this unannounced device in the listing

To recall, the new Motorola devices with Lenovo XT1700 and Lenovo XT1706 model numbers GFXBench listings confirmed previously that both comes with a 5-inch HD display with 1280 x 720 pixel resolution and will be powered by a quad core 988MHz MediaTek MT6735P (Cortex A53 – ARMv8) processor with ARM Mali-T720 GPU and 2GB of RAM with 16GB of inbuilt storage. It runs on the Android 6.0 Marshmallow OS out of the box.

None of the above details are officially confirmed, so take it with a pinch of salt. We have to wait now for the official confirmation from the company itself about the above details. Stay tuned for more news and updates.