Huawei PLE-703L TENAA approved with 7.02-inch display and 2Gb RAM, is it the Huawei Mediapad X3? 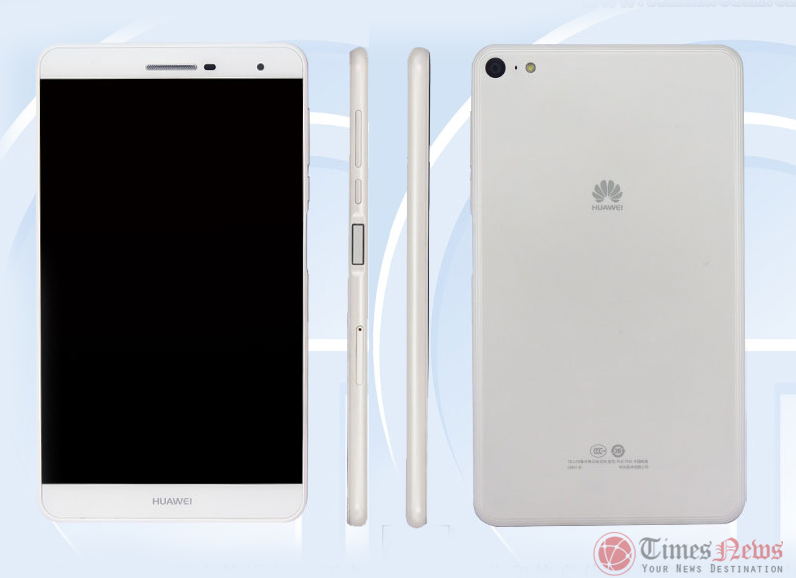 The Huawei PLE-703L TENAA listing comes with a 7-inch full-HD TFT display with 1920×1200 pixels resolution and is powered by a 1.5GHz octa-core processor which is unknown at the moment but we can expect the Huawei’s own Hisilicon Kirin 930 soc will be used in this tablet. It comes with 2GB of RAM and 16GB of inbuilt storage capacity that can be expanded further with the help of a microSD card slot up to 128GB. It runs on the Android 5.1.1 Lollipop OS out of the box.

Huawei PLE-703L tablet features a 13-megapixel rear camera with LED flash and a 5-megapixel front facing camera. It measures 187.4 × 105.8 × 8.2 mm and weights 253.78 grams. Color options includes White, stream gold and ice blue. Connectivity options available are 4G-LTE, Bluetooth, GPS, Wi-Fi and microUSB 2.0 with FM Radio as well. The Huawei PLE-703L comes with a fingerprint sensor available on the side. The above details are not yet confirmed officially by the company, so we have to wait more for Huawei to officially unveil it first.

Finally, The Huawei P9 rumored specs includes a 5.2-inch qHD display and will be powered by Huawei’s owned octa-core Kirin 950/Kirin 955 processors along with Mali T880 MP4 graphics processor and 3GB/4GB of RAM. It will have Dual cameras with 16-megapixels and 8-megapixels sensors and LED flash. It will also feature a 8-megapixel front facing camera. The device will be backed up by a 3900mAh battery instead of a 3000mAh battery we reported previously. The Huawei P9 Max is expected to launch with a 6-inch display with other similar specs like Huawei P9.