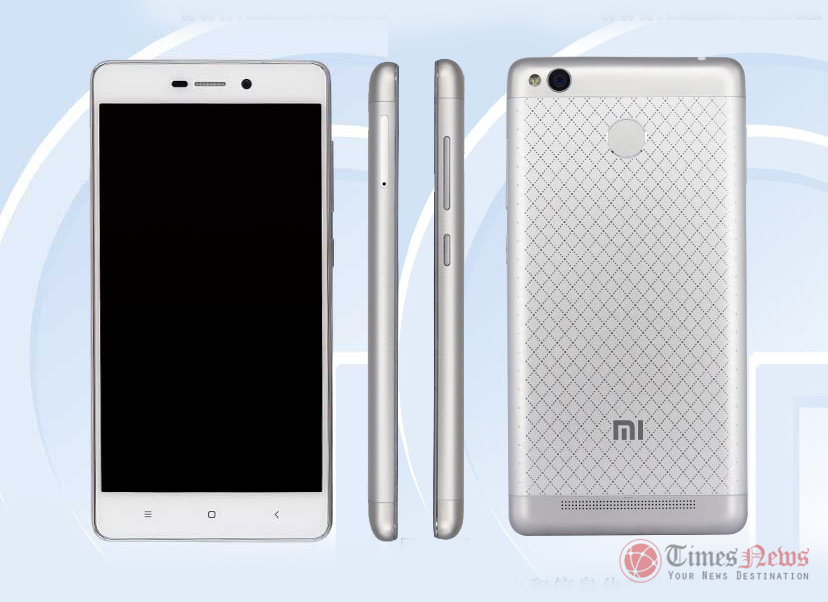 Two new Xiaomi device has just got the approval from TENAA in China that shows good specs and one of the device comes with fingerprint scanner located on the rear side. The specs of both the devices are similar to the Xiaomi Redmi 3 that was launched in January 2016. So we can now expect that these two models Mi 2015817 and Mi 2015810 are the models of the Redmi 3. The Mi 2015817 comes with same design on the rear side like the current Xiaomi Redmi 3 confirming that its the Redmi 3 variant.

The TENAA listing for the Mi 2015817 includes a 5-inch TFT display having 1280 × 720 pixel resolution and is powered by a 1.5GHz octa-core processor that is expected to be Snapdragon 616 soc available in the original Redmi 3. It has 2 GB of RAM and 16GB inbuilt storage capacity with 32GB expandable storage capacity. It comes with 8-megapixel or a 13-megapixel rear and a 5-megapixel front facing camera. Running Android 5.1.1 Lollipop OS out of the box, it comes with a 3000mAh battery. It measures 139.3 × 69.6 × 8.5 mm and weights 143 grams. The color options includes Gold, silver and gray. Connectivity options include 4G LTE, 3G and other standard connectivity options as well.

The Mi 2015810 TENAA listing comes with the same 5-inch TFT display having 1280 × 720 pixel resolution and is powered by a 1.5GHz octa-core processor. Other specifications are same as the Mi 2015817 we discussed above. The only difference is of the battery capacity which is 4000mAh battery instead of the 3000 mAh found in the Mi 2015817. So we can’t really predict now if Xiaomi is going to launch some new variants of the Redmi 3 smartphone with a battery size bump of 900 mAh to the existing Redmi 3 that has a 4100 mAh battery and a fingerprint scanner that is not currently available in the Redmi 3.

To recall, the Redmi 3 was launched in January with features like a metal unibody chassis with a 5-inch 720p display. It will have 2GB of RAM and 16 GB of inbuilt storage capacity. The device will be powered by the 1.7GHz octa-core Qualcomm Snapdragon 616 processor and Adreno 405 GPU. It will feature a 13-megapixel rear camera with 5-megapixel front facing camera. It will have a 4100 mAh battery and will run on Android 5 lollipop OS based MIUI out of the box.

What do you think? Will Xiaomi launch another variant of the Xiaomi Redmi 3 or not?