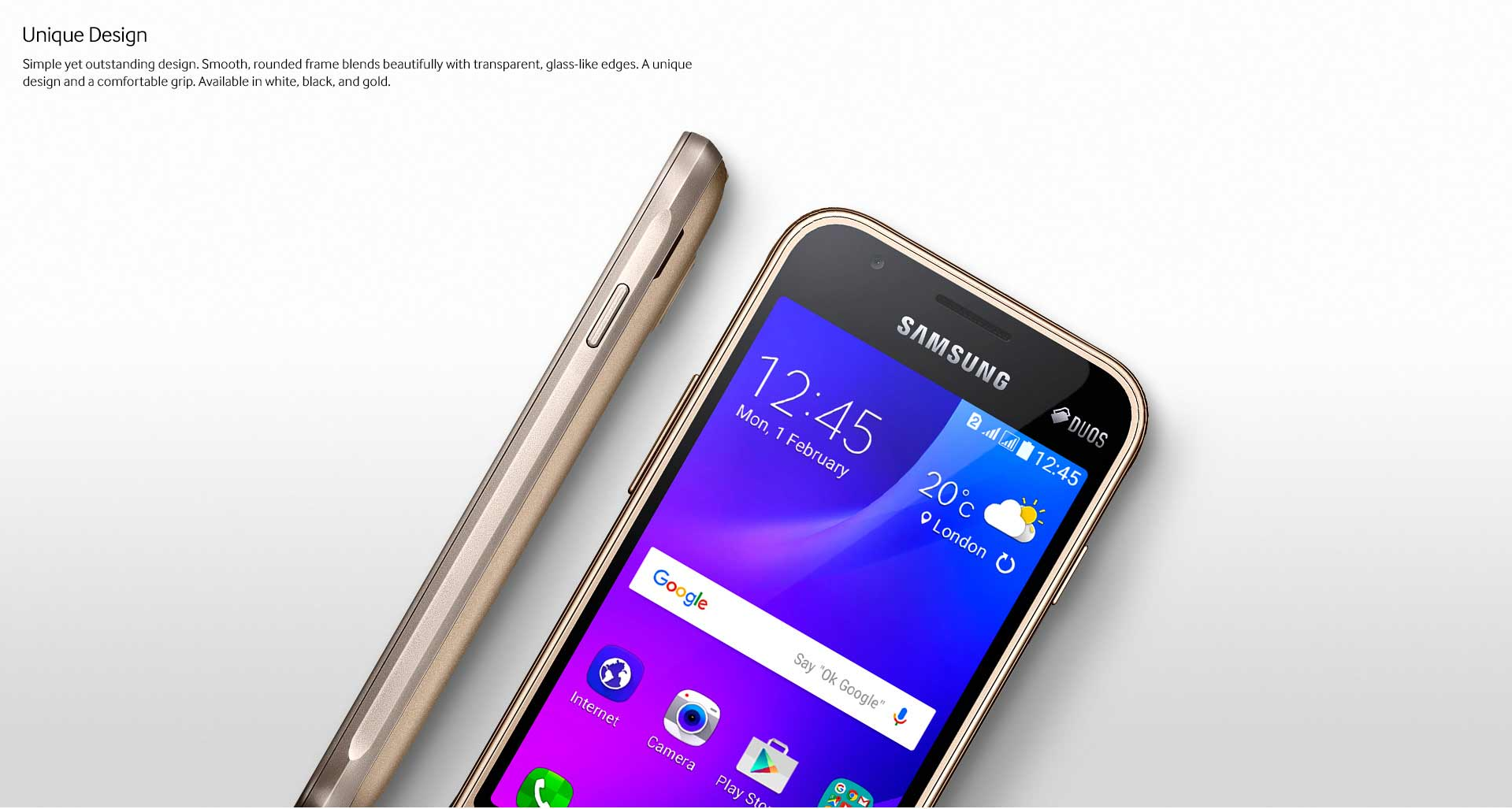 Last month, Samsung launched the Samsung Galaxy J1 Nxt in the Bangladeshi market for $88 and we were thinking that Samsung will launch the device with Galaxy J1 Nxt name in other countries too, but looks like Samsung has accepted the rumored ‘Galaxy J1 Mini’ name for this device for other regions. Samsung has launched the Samsung Galaxy J1 Mini in Philippines and silently listed the device on the official Samsung Philippines website. The device will be available via the local retailers as of now in Philippines. The pricing details are not available on the Samsung website but it was launched for $88 in the Bangladesh market and we can expect the same pricing for other regions too.

Samsung Galaxy J1 Mini is listed with specifications like a a 4.0-inch TFT WVGA display with 480 x 800 pixel resolution and it is powered by a 1.2GHz quad-core display, but it has just 768MB of RAM instead of the 1GB of RAM available in the Galaxy J1 Nxt for Bangladesh market. it comes with 8 GB inbuilt storage capacity and supports expandable capacity via MicroSD card up to 128GB. It runs on Android 5.1 Lollipop OS out of the box. It supports Dual-SIM also.

It features a 5-megapixel rear CMOS sensor camera with a VGA (0.3) front facing camera. There is no LED flash available on both cameras. It comes with a 1500 mAh battery with up to 7hrs of internet usage time, audio playback time of up to 29hrs and up to 8hrs of talk time on 3G network. Connectivity options includes 3G (UMTS, HSPA, HSPA+), 2G (GSM/GPRS/EDGE), USB 2.0, GPS, Glonass, 3.5mm Stereo Earjack, WiFi 802.11 b/g/n 2.4GHz, Wi-Fi Direct and Bluetooth 4.0. The device also support Dual SIM connectivity.

It measures 121.6 x 63.1 x 10.8 mm and weights 120 grams. It is listed in White and Black color options only. However, the Galaxy J1 Nxt was having 126.6 X 63.1 X 10.8 mm dimensions and weights 123 grams with White, Gold and Black color options. So there are some differences in both the Galaxy J1 Nxt and Galaxy J1 Mini. Let’s wait to check if these devices will be launched with same specs in other countries too or with some different specifications.