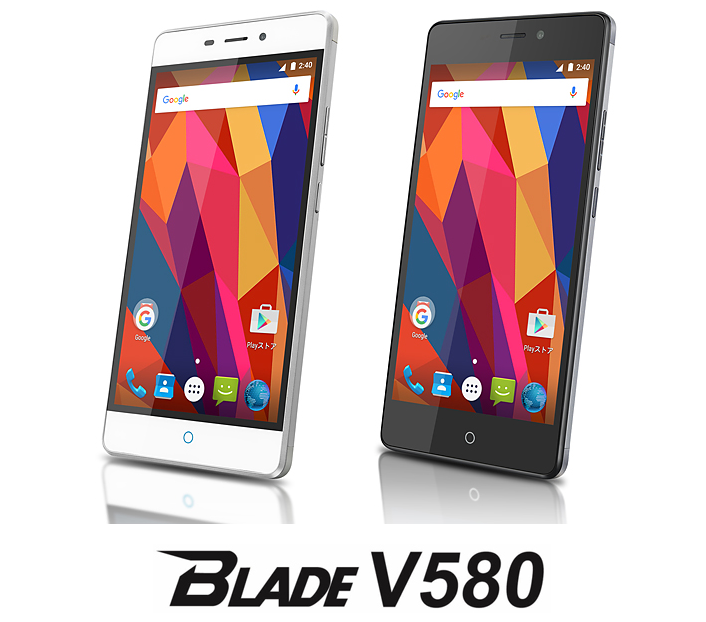 ZTE Blade V580 comes with a 5.5-inch full HD display with 1080 × 1920 pixel resolution and is powered by a 64bit 1.3GHz MediaTek MT6753 processor. It features 2GB of RAM and 16GB of inbuilt storage capacity with microSD card expandable storage capacity up to 32GB. It runs on Android  5.1 Lollipop OS out of the box. It supports Dual SIM connectivity and comes with a fingerprint sensor also. It features a 13-megapixel rear and a 5-megapixel front facing camera.

It is backed up by a 3,000mAh battery and connectivity options includes 4G LTE, WiFi (IEEE 802.11 b / g / n), Bluetooth 4.0, GPS / AGPS, USB etc. It will be available in Silver and gray color options. The device will be available for pre-orders on several online stores in Japan starting from March 8 that is from Today onwards.

The ZTE Blade V580 was spotted on Geekbench database with specs like it will be powered by a Mediatek ARM MT6753 1.30 GHz octa core processor with 64-bit support, Mali-T720 GPU and 2 GB of RAM. It runs on the Android 5.1 Lollipop out of the box but ZTE may launch it with the Android 6.0 Marshmallow instead. It supports 4G LTE and other important connectivity options as well. It was confirmed to have a 3000 mAh battery from the FCC documents.

ZTE has recently launched the ZTE Blade D2 smartphone in Thailand and Vietnam that comes with a 5-inch HD IPS LCD display with 1280 x 720 pixels resolution and is powered by a 1.0GHz 64-bit quad-core Mediatek MT6735P processor with Mali-T720 GPU and 1GB of RAM. It comes with 8GB inbuilt storage capacity with 64GB microSD expandable storage card support. It runs on Android 5.0 lollipop OS out of the box.