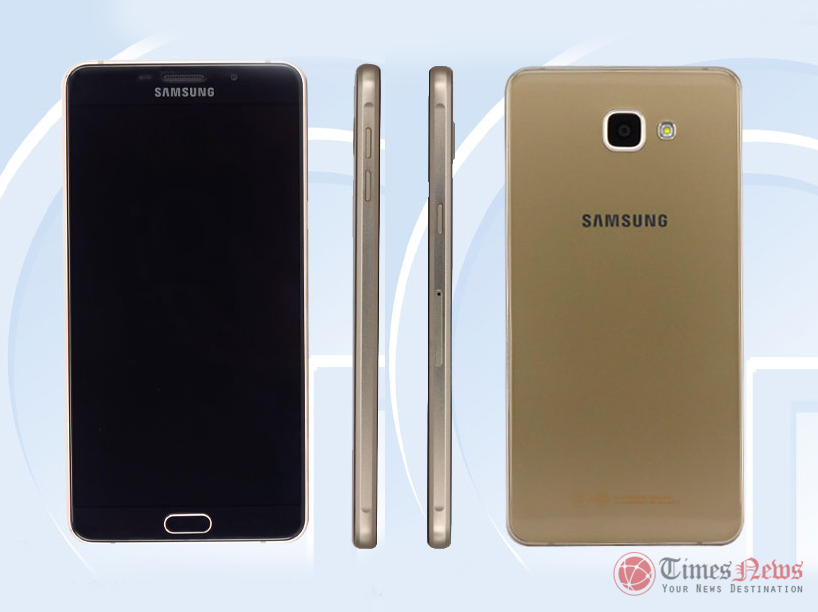 The rumored mini variant of the Samsung current Galaxy A series flagship device Samsung Galaxy A9 has just been confirmed by TENAA in China. It is called as Samsung Galaxy A9 Pro and the TENAA listing has revealed the specifications and images of the device in brief. The Galaxy A9 Pro looks similar like the original Galaxy A9 with some hardware and software differences. It also has the same 6-inch display found in the Galaxy A9. Let’s check out the full specifications of the device spotted at TENAA.

The TENAA listing of Samsung Galaxy A9 PRO is listed with model number SM-A9100 and comes with a 6-inch Super AMOLED display with 1080 x 1920 pixels resolution and is powered by 1.8GHz octa-core Qualcomm Snapdragon 652 processor with 4GB of RAM. It runs on Android 6.0.1 Marshmallow OS out of the box whereas the original Galaxy A9 runs the Android 5.1 Lollipop OS out of the box and is planned to get update to Marshmallow in future.

It features a 16-megapixel rear camera and an 8-megapixel front-facing camera which is a slight upgrade from the Galaxy A9’s 5-megapixel and 13-megapixel cameras. It comes with 32 GB of internal storage capacity with 128GB expandable storage slot. It comes with connectivity options like 4G LTE, 3G, 2G, USB, Bluetooth and other standard connectivity options as well. It measures 161.7 × 80.9 × 7.9 mm and weights 210 grams. It is listed in Black, gold and white color options on the TENAA listing.

So the device has got the TENAA certification and we can now expect the imminent launch of the Samsung Galaxy A9 PRO smartphone and it will be launched first in China and then in other countries. Stay tuned for more news and updates.