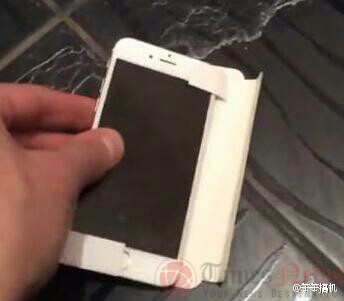 Nearly two weeks back, we told you about Apple plans for launching the 4-inch smartphone that was said to be launch with the new name “iPhone 5e” not with other names like iPhone 6c or iPhone 7c. Now a new leak from China’s weibo confirms that the new 4-inch device will be called as iPhone 5se rather that other old names. The test model names for the device will be A1622 and A1723 as per the report. In addition, a couple of new images has also been leaked from the device.

The new leaked images of the phone shows off its back and front panels. The device will have a 4-inch display and will be powered by the Apple’s new A9 processor, while in the old report, the analyst has claimed that the device will be powered by the old A8 processor. The report further says that the device will have two variants: one with 16GB inbuilt storage and 1 GB RAM and the other with 64GB inbuilt storage and 1.2 GB RAM. The iPhone 5se will have a 1624mAh battery and will carry three color options.

The other specs are expected to be same as in the iPhone 5s with some upgrades derived from iPhone 6s and iPhone 6 as well. It is expected to have an 8-megapixel rear camera and 1.2 megapixel front camera, NFC chip for Apple Pay, Bluetooth 4.2, VoLTE, and 802.11ac WiFi chips will be taken from the iPhone 6s, Live Photos feature used in iPhone 6s and Silver, Space Gray, Gold & Rose Gold color options.

So, we are nearly one and a half month away from March and everything will be cleared from the Apple end in this expected Apple event. Stay tuned for more updates and news.