iPhone 6C might be launched as iPhone 5E: Analyst 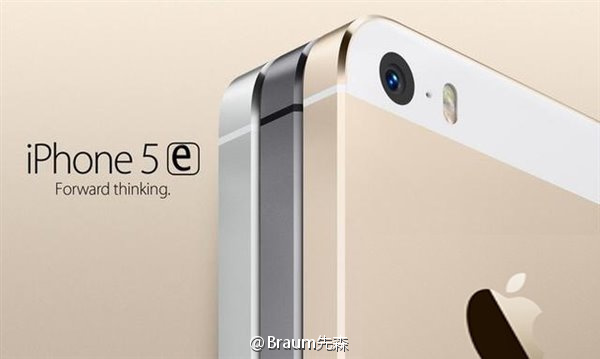 Apple launched the flagship devices iPhone 6s and iPhone 6s Plus last year with multiple new features and additions with powerful processor. After launching the flagships, there were rumors that Apple will launch a 4-inch smartphone called as the iPhone 6C that will have same specs like iPhone 6S but will have a smaller display size. Now, an analyst has claimed that Apple will launch the iPhone 6C with a new name called iPhone 5e in its next event. So it will be a iPhone 5 series phone again.

An analyst Braum has posted on its weibo account that Apple will launch the iPhone 6C as iPhone 6E next. He also posted the specifications of the device in the post. He posted that iPhone 6e will feature a 4-inch display and will be powered by the Apple A8 processor instead of the Apple A9 processor used in the iPhone 6S. Further he posted that the iPhone 6e will be equipped with 1GB of RAM instead of rumored 2GB RAM. It will feature a 8-megapixel camera on the rear side of the phone.

Braum said that the letter “e” in the iPhone 5e stands for an enhanced version of the iPhone 5s that will have features like Apple Pay, NFC and VoLTE capabilities. He also commented that the device price will be around 3288 yuan ($500) because of the low-end specs as compared to iPhone 6S smartphone. It will run on the iOS 9.3 version, that means that iPhone 5e might be launched in the upcoming Apple conference going to be held in March.

So, we have to wait now more upcoming leaks of the iPhone 7, iPhone 7 Plus and iPhone 5e(6C) to get more information about these devices.