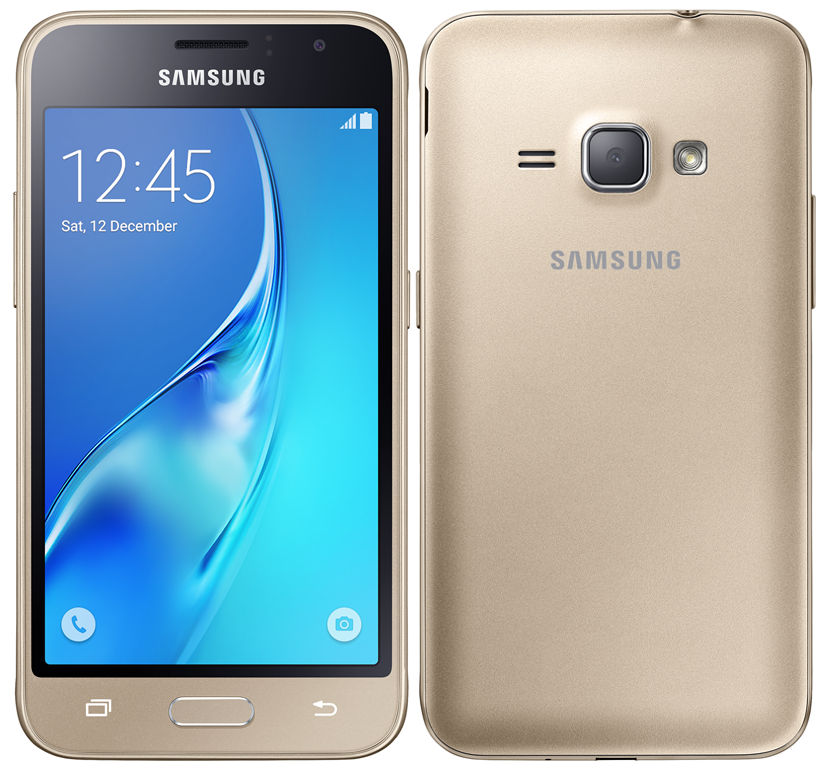 The budgeted Samsung Galaxy J1 2016 is now official in Dubai and is available with the price tag of AED 499 (around $136). Recently, @evleaks leaked out some real renders of the Samsung Galaxy J1 (2016) variant that matches with the official images of the device provided by GSMArena. The device is currently available in number of electronic stores in Dubai but we don’t have any official announcement from Samsung yet and there is no information when will Samsung launch it outside Dubai.

Samsung Galaxy J1 (2016) comes with a 4.5-inch Super AMOLED display with 800×480 pixels resolution and is powered by a 1.3 GHz quad-core Exynos 3475 processor with Mali T-720 GPU paired with 1GB of RAM. It comes with 8GB of inbuilt storage with microSD expandable storage slot. It runs on Android 5.1.1 Lollipop OS out of the box and will be available in Black, White and Gold colors variants.

It features a 5-megapixel auto focus rear camera with LED flash and a 2-megapixel front-facing camera. it is backed up by a 2050mAh battery and comes with connectivity options like 4G LTE, 3G HSPA+, Wi-Fi 802.11 b/g/n, Bluetooth 4.1, GPS, 3.5mm audio jack and FM Radio support. Samsung may launch it soon as the device is available in retail stores.

Samsung is also rumored to be working on the new flagship devices Samsung Galaxy S7 and Samsung Galaxy S7 Edge. The Samsung Galaxy S7 Edge has already made its appearance on AnTuTU database revealing its features. The benchmark tests revealed that the device will have a 5.1-inch QHD display and will be powered by a Qualcomm Snapdragon 820 processor with Adreno 530 GPU paired with 3GB of RAM and 64GB inbuilt storage. Samsung is expected to launch the flagships in March MWC event.