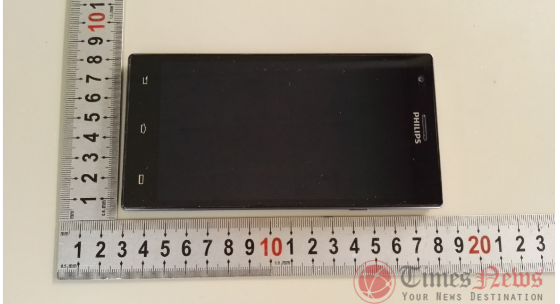 A new Philips Xenium phone has just got approval from US FCC called the PHILIPS S616 that comes with impressive specifications. It will be launched as the PHILIPS Xenium S616 officially. The FCC documents has also leaked out the images of the handset. This smartphone runs on Android 5.1.1 Lollipop out of the box. We are going to share some of its key specifications in this article below.

PHILIPS Xenium S616 FCC documents comes with leaked images of the handset. It suggests that this device will have a 5.5-inch FHD IPS display with 1080×1920 pixel resolution. It will be powered by a 64bit MediaTek MT6753 processor and there will be 2GB of RAM minimum available in this device. It comes with 16GB of inbuilt storage capacity with expandable storage slot.

It features a  13-megapixel rear CMOS sensor camera with a 5-megapixel front facing camera. It is backed up by a 3000mAh battery. It comes with connectivity options like 4G LTE,Bluetooth, WiFi, 3G etc with FM Radio support. The device comes with black color in the FCC documents for the Xenium S616. The documents comes with LTE, Wifi, Bluetooth etc tests.

No other details are available currently in the FCC documents that we will be able to know in the upcoming leaks of the device. We may see this device announcement in the current CES 2016 Event from Philips.

Last month, a new tablet from Philips called Philips V710 tablet got the FCC certification that comes with a 7-inch display and a 3000mAh battery. It comes with a 4GB inbuilt storage with up to 32GB MicroSD card expandable storage slot. It measures 190X108X10.5mm and runs on Android 4.4 Kitkat OS out of the box.